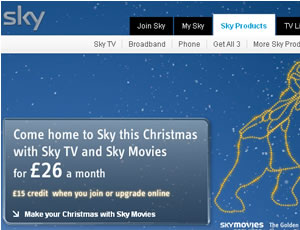 We’ve just had notice that the UK side of Sky’s operation, British Sky Broadcasting Group plc, are raising around $600 million through a private Bond issue.

The full statement is below.

END_OF_DOCUMENT_TOKEN_TO_BE_REPLACED

Finally Sky and Virgin Media are holding hands again following their bust up dating back to Feb 2007.

Below is the press release from Sky in full …

END_OF_DOCUMENT_TOKEN_TO_BE_REPLACED 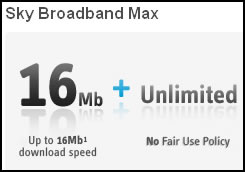 As you’ll know, many broadband providers sell you unlimited boradband service that are actually … limited.

Under the guise of a Fair Use Policy (FUP), you are slapped on the wrist if you download more than they’ve deemed as fair. After a few slaps, they’ll cut you off.

END_OF_DOCUMENT_TOKEN_TO_BE_REPLACED

The interim results for UK satellite broadcaster Sky have been announced, with a £36 million pre-tax loss showing for the six-month
period ending 31 December – its first loss for six years.

Balanced against the financial loss was otherwise positive news, like their ARPU raising to a record £421 per subscriber, an increase in subscribers and a lowering of the customer churn to 10%. END_OF_DOCUMENT_TOKEN_TO_BE_REPLACED 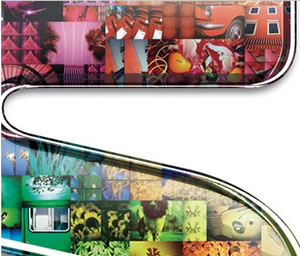 In less than 14 months, Sky Broadband has passed the 1 million subscriber milestone – faster than any other UK broadband provider to date.

Sky has found that around 30% of customers who have joined Sky Broadband so far are new Sky TV customers.
END_OF_DOCUMENT_TOKEN_TO_BE_REPLACED

The UK Office of Fair Trading has issued an Invitation to Comment on the proposed deal of Amstrad being bought by Sky.

The OFT does this when they thing that the deal needs to be looked at and is the first stage of possibly taking it further.

We’re sure that this will be welcomed by the various other companies that currently provide Sky with digiboxes around the world, and potentially by other too.

If you want to leave a comment, details can be found on the OFT site. 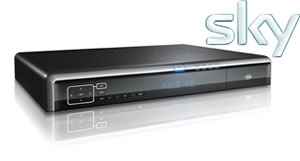 Good to hear that Pace Micro, veteran UK supplies of technology, have signed another deal to supply Sky with Set Top Boxes.

Pace tell us that in their latest round of contract awards from Sky, Pace has won additional Digibox business for the 2007 financial year.
END_OF_DOCUMENT_TOKEN_TO_BE_REPLACED 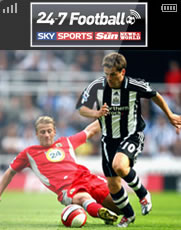 It’s a new on-demand service that will offer video highlights and goal clips from the Barclays Premier League and UEFA Champions League on mobile phones.
END_OF_DOCUMENT_TOKEN_TO_BE_REPLACED 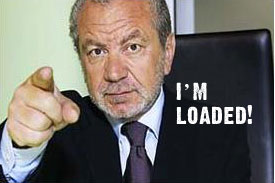 The two companies have already been working together for several years, with Amstrad supplying around 30% of Sky’s set top devices – with those orders making up a hefty 75% of its business.
END_OF_DOCUMENT_TOKEN_TO_BE_REPLACED 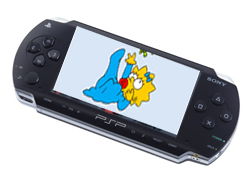 Sky have announced, in the presentation of their final year accounts, a joint venture with Sony Computer Entertainment Europe to offer PSP owners in the UK and Ireland a content download service.

Saying that PSP-owners can “turn their devices into personalised on-demand video libraries,” will be a big boost for the PSP UK-side, where Sony claim that there’s 2 million of the blighters.

The start date has been pencilled as “early 2008,” making it the first in Europe. With delivery to the handheld via wireless or PC-connection, it’s that expected content such as “sports, entertainment, movies, music and animation,” will be available, interestingly from “both Sky and 3rd party channel partners.”

Sky is being really prolific in distributing its content (apart from Virgin customers :) ), arguably better at it than the BBC – whose have a specific remit to do so.