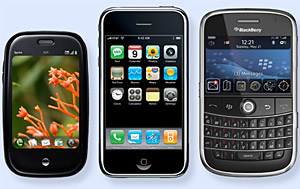 Rumours are beginning to circulate that Vodafone may be looking to nab the eagerly awaited Palm Pre handset on an exclusive deal when it’s released in the UK.

The show stealer from this year’s CES has attracted vast amount of interest, with many pundits already declaring it to be a true iPhone killer.

The rumours so far seem to be as conclusive and as credible as our beery Palm rumour of last year, although there is a good argument for Vodafone sniffing around the Palm.

With rival 02 doing verynicelythankyou out of buoyant iPhone sales and the recent cool reception to Vodafone’s Blackberry Storm exclusive, we can see how the company might be keen to grab what looks to be 2009’s hottest new phone. 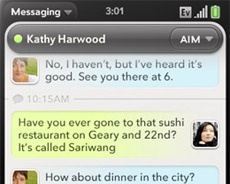 With T-Mobile enjoying exclusive rights to the G1 it seems strange that both Orange and Three haven’t lobbed their hats into the ring for the Pre, but perhaps they’re doing a better job of keeping their cards close to their chest. 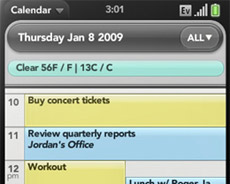 Meanwhile, Palm’s forthcoming handset continues to pick hugely enthusiastic reviews from just about anyone’s who’s got close to the thing, with praise for the form factor and their revolutionary new webOS flowing freely. Check out some of the comments here:

One thought on “Vodafone To Bag Palm Pre Handset For UK?”