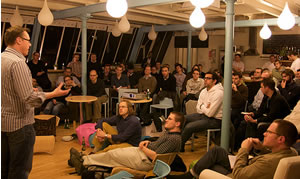 With the next #geomob event coming along tomorrow (30th June, deets below), we thought you’d like to know what it’s like and why you’d be doing yourself a favour for going along.

END_OF_DOCUMENT_TOKEN_TO_BE_REPLACED 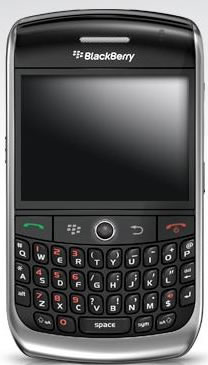 The latest from the Blackberry stable, the Curve 8900, is now available on UK Vodafone and T-Mobile will have it in the US.

The Curve builds on the success of previous models – some people are even declaring it a combination of Curve, Bold and Storm.

With the screen from the Bold (high-res 2.4-inch 360×480), the 3.2Mpx camera from the Curve, WiFi, GPS and a very strong audio and video player, including divx playback, it’s going to be one to watch.

Big excitement
We’re hugely excited about getting our hands on the Blackberry Curve 8900.

END_OF_DOCUMENT_TOKEN_TO_BE_REPLACED 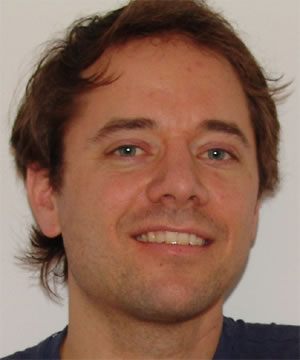 After having seen the highly impressive demonstration of Wikitude, we just had to find out more, so Digital-Lifestyles spoke to Philipp Breuss, who has lead the development of Wikitude.

Philipp previously worked for Sony but gave this up to make the development of the Wikitude software which he describes as “the most exciting things that we ever did.”

He’s been building the application for the last year, but as a mobile travel guide for Android that also uses Mobile Google Maps and Text from Wikipedia.

END_OF_DOCUMENT_TOKEN_TO_BE_REPLACED 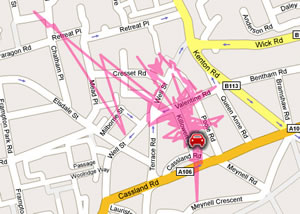 We love daft uses of technology – that’s one of the reasons we’ve been enthusiastic supporters of DorkBot for so long.

The latest that’s sprung onto our radar is people using small GPS devices to track the movement of their cats.

END_OF_DOCUMENT_TOKEN_TO_BE_REPLACED 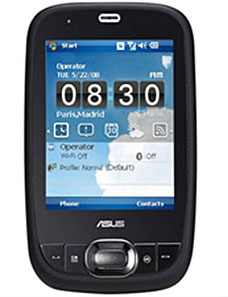 Computer bigboys ASUS have announced the imminent launch of their first ever first handset, the P552w smartphone, a wee little keyboard-less thing.

END_OF_DOCUMENT_TOKEN_TO_BE_REPLACED 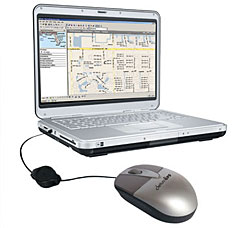 Seasoned travellers fed up with lugging about more and more components and chargers may warm to Deluo’s ingenious GPSMouse, which – as the name suggests – cunningly combines a GPS receiver and a travel mouse into one product.

The silver and grey unit packs all the usual features of a USB-powered travel-sized laptop mouse, with a lightweight form factor, optical sensor and handy built-in retractable cable to avoid getting the wire snagged in your seat/headphone cable/travelling companion’s beard.
END_OF_DOCUMENT_TOKEN_TO_BE_REPLACED 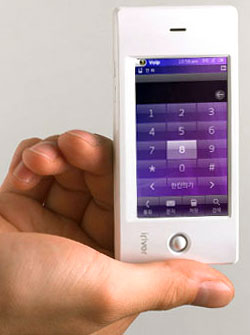 Seemingly metamorphosing at a rate of knots as the iPhone rumbles over the horizon, iRiver’s W10 media player has re-emerged again as a sleek all-in-one media player.

First seen in March 2006, the W10 appeared as a UMPC-like clamshell gadget running Windows XP with a 5in display and a 60GB hard drive for storage.
END_OF_DOCUMENT_TOKEN_TO_BE_REPLACED 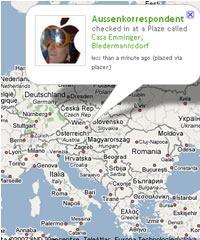 Plazes, a service that enables its users to create geo-indexed information, has finally come out of beta to a release version.

We’ve been using Plazes for over two years now, so its beta phase has been pretty extensive. In that time it has grown not only in number of users, or locations ‘discovered’ – it’s topped 20,000 places in over 120 countries now – but in terms of functions.

Since we last looked at it, about six months ago, it’s gained a Twitter-like function – the ability to add short messages telling people what you are up to at any time of the day. This can also be done by mobile phones these days.

Further new additions bring the ability to add comments to any of the Plazes – anywhere with a WiFi connection – providing a review function as well.

The latest model in the SPV range has arrived on the UK Orange mobile phone network.

There’s been shots of the SPV M700 floating around for a while, but as of today it’s been confirmed that there will be a black version in the UK to partner the White.

As well as all of the goodies detailed below, the SPV M700 has Sat Nav built-in – one of the early phone to have this. The handset will be able to take advantage of Sat-Nav from Orange.

The Sat-Nav is powered by Webraska with all maps and live traffic updates are held on a central server and are downloadable from the Internet via WiFi, 3G, GPRS or the Orange EDGE network onto the mobile device. Initially only available to business users, it’s now open to all.

The M700 has a 2.8in, 240 x 320, 65,53-colour display, a 2.1 megapixel camera and secondary, VGA camera for video calls and runs Windows Mobile 5.0, so offers Microsoft Office applications including Excel, Word and PowerPoint.

With all of this on board Orange is billing it as helping “you work faster and more efficiently when you’re away from your desk.”

This 3G handset can offer data rates of up to 1.8Mbps (network allowing) There’s quite a few wireless networks supported including EDGE networks as well as UMTS, GPRS and WiFi.

You can get the SPV M700 from Orange shops and online at orange.co.uk. It’s free on contracts over £35. 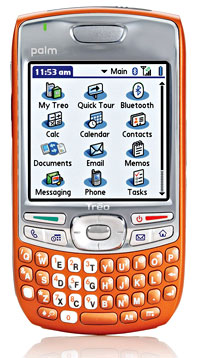 Palm’s update to its well-received and long running Treo 650 smartphone goes on sale in the UK.

The new Treo phone sees Palm targeting the consumer market, with the 680 coming in a range of attractive colours (US store only) and a lower price.

As with the 650, the new Treo offers the same fantastic one-handed usability and ergonomics, with an improved backlit QWERTY keyboard and the same bright 320 x 320 pixel touchscreen display.

Sadly, there’s still no Wi-Fi onboard (although new unlimited data deals like T-Mobile’s Web’n’Walk can now provide alternative, albeit slower, means to keep connected on the move) and the onboard camera can also only muster up a rather disappointing 640 x 480 pixels resolution. We have to say that this still outperforms some megapixel cameras we’ve seen on other phones.

Despite its age, we still view the Palm OS as the best choice for smartphones, with the platform offering an immense range of third-party programs and some lovely user-friendly touches (the threaded SMS interface is still a treat to use).

As with the Treo 650, the new phone offers the usual cornucopia of functionality and features including email, web browsing (via Blazer 4.5), the excellent Pocket Tunes music player, calendar, video, photo album and Documents To Go letting users view, edit and share Word and Excel documents on the move.

The interface on the 680 has also seen a few usability-boosting tweaks, with faster navigation and an ability to fire off a discreet “can’t talk now” text message when you’re too busy to answer a call.

Inside, the phone’s internal memory has been beefed up to 64MB, while the battery life has been slimmed down from the 650, with the smaller 1200mAh rechargeable Lithium Ion cell rated for four hours of talk time and 300 hours of standby time.

The product is available from today at the Palm e-store (US only) in red, orange, white and silver for £299 (contract free), although we’ve already seen discounted prices popping up elsewhere.