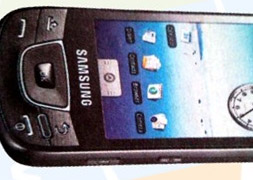 When the Android OS was announced back in November 2007, we eagerly anticipated a stream of hot handsets from manufacturers like HTC, LG, Samsung and Motorola who had signed up to the Open Handset Alliance.

Despite positive reviews about the software and some interesting apps hitting the market, the total number of Android-powered handsets currently available stands at just one, the T-Mobile G1 handset, with the HTC Magic G2 follow up expected to be released next month.

There’s been endless rumours of other Android handsets in the works, but all have failed to materialise thus far, although rumours are now circulating that Samsung’s I7500 is due for a June release.

The full touchscreen handset certainly has a spec sheet that gets our little hearts going pitter-patter, easily besting the G1 and G2 for features.

At the back of the phone there’s a 5 megapixel camera with LED flash, with the 11.9 mm metal case, packing a MicroSD slot and 3.5 mm stereo jack 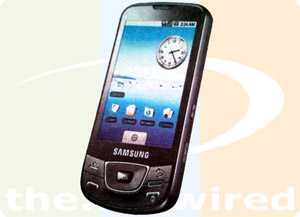 Like all good web rumours, this one is accompanied by the usual blurry shot which looks like it was taken on a extra-smudgy throwaway camera, but the image suggests that the I7500 might be a bit of a chunky beast. Such is the nature of these ‘leaked’ images that the final product may end up bearing no relation to this photo at all, but at least if gives us something to illustrate the article.

Edit: the Samsung I7500 has now been made official and will be available in major European countries from June, 2009.

4 thoughts on “Samsung I7500 Android Powered Handset For June Release”