The European Commission has dished out formal charges to Apple and ‘unnamed major record companies’, accusing them of restricting music sales in Europe.

The EU alleges that agreements between Apple and the record companies are guilty of breaking European Union rules that prohibit restrictive business practices. It’s far from the first time that the EU and other Northern European Countries has got wound up about Apple and iTunes.

“Consumers can only buy music from the iTunes online stores in their country of residence and are therefore restricted in their choice of where to buy music, and consequently what music is available and at what price,” said Jonathan Todd, European Commission spokesman.

“The statement of objections alleges that distribution agreements between Apple and major record companies contain territorial sales restrictions,” he added.

Promptly shifting the blame on to the record companies, Apple insisted that they’d tried to operate a single pan-European iTunes store accessible to peeps from any member state but were foiled by music labels and publishers imposing legal limits on the download rights.

The Commission first got involved back in 2005 after the UK consumer group Which? pointed out that iTunes purchasers in France and Germany were paying far less than us poor chumps in the UK (67 pence against 79 pence). 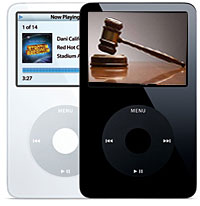 Apple and the record companies now have two months to defend themselves in writing or take part in an oral hearing which usually happens around a month after a written reply has been received.

This latest development is unrelated to yesterday’s deal between Apple and EMI.