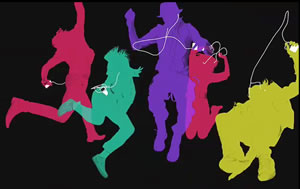 Norway has declared iTunes to be illegal because it doesn’t allow songs downloaded from the online music store to be played on any other equipment except their own, today’s FT reported.

This is the first time, worldwide, for action like this to have been successful, despite bodies in other countries threatening the same, including France.

The decision by the Norwegian consumer watchdog, which the FT describes as “powerful” is based on Apple’s restrictive approach breaking their consumer protection laws.

Apple have until the 1 October deadline to make their FairPlay DRM schema available to other technology companies or face fines, or ultimately have the service shutdown.

The original complaint was made by Torgeir Waterhouse, senior advisor to the Norwegian Consumer Council. He told the FT that “he was in negotiations with pan_European consumer groups to present a unified position on iTunes’ legality.”

Worrying news for Apple, especially when they hear that Germany and France have joined Sweden and Finland. When added together, this comprises more than 100m European consumers.