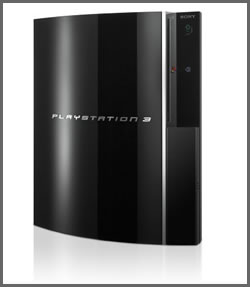 I don’t what the people driving the European wing of Sony think that they’re up to, but they appear, of late, to be perfecting the art of making the wrong decision.

We learnt last week that Sony will be dropping the price of Playstation 3 in the the US by $100, but will not be offering a reduction in the UK or Europe.

Do they think that no-one in the UK reads the International press? Do they not realise that UK gamers already feel insulted by their action on the PS3?

If it is arrogance that is taking them down this route – it’s severely misplaced.

PS3’s Tale Of Woe
Back in January this year they announced that the PS3 bound for Europe would provide less that those already on sale in the the US and Japan – having no Emotion Engine and limited PS2 compatibility – but the price would be a near pound for dollar equivalence. The US price being $499 and the UK price at a wallet emptying £429, when they pound to dollar exchange rate was around 2 to 1, making it cost nearly twice the amount of money.

The public showed what it though of this insult by flogging the PS3 at £100 under the official retail price on eBay the week after the launch – not at a premium as is often the case with new launches.

Following this, we heard that sales of the UK PS3 were down 82% in its second week on sale.

The thrashing that Sony are having isn’t limited to just the UK, you may remember that we learnt at the beginning of this month that the Nintendo Wii is outselling the PS3 6:1 in Japan.

The lack-lustre next-generation of the PSP points at a company that has lost its way. Innovation appears to have been replaced by a company that is now being run by the accountants, striking out any form of progress.

Come On!
Sony! We love you, we really do – you’ve given us some very special times in the past – but you’ve got to start sorting yourself out.

Most importantly, you need to start showing some respect in the way that you’re treating your European and UK followers.

One thought on “PS3 Price Drops, Or Not: Sony Lose The (Gaming) Plot”