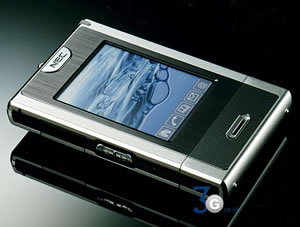 3G is a bit old hat in Japan. It’s been available commercially there since 2001 thanks to the dominant mobile provider there, NTT DoCoMo.

On Friday, NTT DoCoMo started talking to the world about where they see the standard evolving to. Named in an almost 1970s tribute – Super 3G, has a anticipated maximum download speed of 300Mbps.

Seeing it as the final step before 4G becomes introduced, they’re also calling it 3.9G, the step beyond so-called 3.5G HSDPA/HSUPA.

It appears to be pretty much theory at the moment – so don’t start contacting your mobile company telling them that you can’t live without it – as they’re still talking about how it _might_ work.

One of the clever bits that helps them get to higher speeds is the use of up to four Multiple-Input Multiple-Output (MIMO) antennas, at both the transmission and reception ends. This combined by spatial multiplexing, giving different data streams operating on the same frequency, may be popular with mobile operators who paid so large for their 3G licenses and want to squeeze the maximum value from those frequencies.

So in summary, you’re going to be getting loads of data to your mobile handset in the future, either over a cellular connection or over WiFi.

Those who pay for the mobile data use by each megabit transferred, will be anticipating truly frighteningly monthly bills!