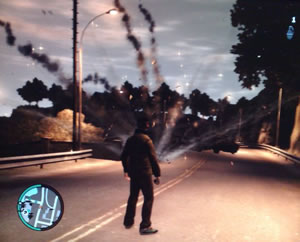 You’ll all be aware of the hoopla around the release of Grand Theft Auto 4, or GTA4, as it’s now known. We thought we’d take a different tack to other publications and publish the review of one of our readers, Andrew Nordbruch.

Here at last!
After waiting almost 5 years since the last Grand Theft Auto game was released, I finally got hold of a copy just after midnight on Tuesday. I’m a massive GTA fan and I stupidly hadn’t pre-ordered, so I was lucky to get one.

All the reviews I’d read online were giving it 10/10 and mostly perfect scores. I was hoping it would live up to the hype, and boy does it.

My first thoughts were that the graphics weren’t as good as I had expected. I have the Xbox 360 version and although they are a massive improvement on older games, the graphics are not as refined as I thought they’d be in the city.

Having played it now for a while, it’s clear to me that the graphics don’t have to be perfect for a GTA game. You get engrossed in the gameplay and that’s plenty compelling enough.

Unlike the older titles, there are no loading scenes as you explore the city – impressive, considering the size of the fictitious Liberty City.

Driving is more realistic
One of the big changes that a GTA player will notice, is that the driving has become a lot more realistic than previous titles. Unlike before, you have to brake for corners, rather than blasting through the streets arcade style. It’s something I’m already getting used to though, after playing it for a few hours. 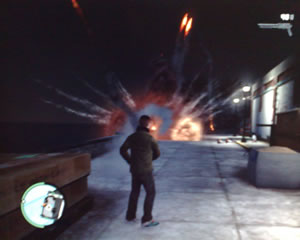 Apart from that, I think the game does deserve close (very close) to the perfect 10/10, as it’s an amazing game in many aspects.

The level of detail used throughout the game is incredible. For example when you are driving, you can turn on and off full beam on your vehicle’s headlights — leaving you in darkness — the same effect if you smash the front of your car!

The explosion effects have also been improved and are something to behold.

The radio stations are spot on, as usual, with their choice of music, funny presenters, hilarious adverts and I even heard an interview with Ricky Gervais!

Navigating missions is different
The way you start missions in the game has changed. You are now equipped with a mobile phone and as you progress through the game, you build up your phonebook with contacts such as people you do missions for, girlfriends and web cafés. Yes, that’s right there’s a Web café where you can surf the “GTA Internet,” that’s filled with humorous websites and an email service that you can receive missions through. 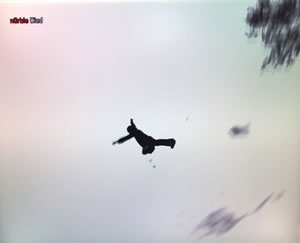 Aiming improved
The aiming system is much improved from the previous games. You can now take cover (similar system to Gears of War), and instead of just automatically locking your aim onto enemies, you can manually aim too, to achieve that perfect one hit kill.

Multiplayer is great
If you get bored of playing on your own (is that possible?) you can bring up your phone and select multiplayer for up to 16 player total mayhem.

There are 15 different modes, ranging from “GTA Race” where you race your online opponents and are equipped with rocket launchers if someone is getting too far ahead, “Cops ‘n’ Crooks” (self explanatory), to all vs all or team-based deathmatches.

Andrew Nordbruch is, by-night, a lover of video games and by-day, a Systems Engineer and Web Designer at Island PC Services.