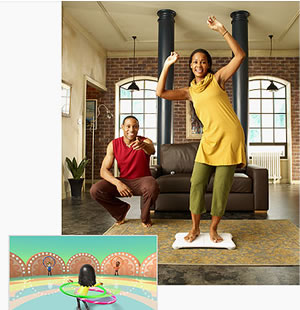 Nintendo’s Wii Fit have announced a tour around the UK to show off the Wii Fit and how people can integrate it into getting themselves … well, fit.

When the Wii Fit was recently launched in the UK, it was reported as selling out pretty much instantly, which grabbed a few headlines.

To the best of our knowledge, it wasn’t discussed how large the first consignment was, but saying it sold out sounds pretty good doesn’t it? We know of people who placed their Wii Fit backorder on the back of it.

Given the ‘selling out,’ it makes it a little strange that there’s the need for Nintendo to spend, what we’d imagine is a pretty significant amount of money, touring the jolly old Wii Fit around the UK. Ho Hum.

That said, we love the idea of the Wii Fit, as ramps up the ‘get off the sofa’ addictive play of the standard Wii, up a number of notches. Getting fitter can’t be bad in anyones book can it? 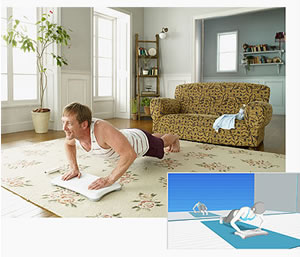 Tour destinations
Starting on 25th April Bristol, the Nintendo Wii Fit tour will visit a number of events, shopping centres and universities across the country until the end of June including the Grand Designs Show in London and hot spots in Newcastle, Sheffield, Manchester, London, Birmingham, Milton Keynes and Southampton.

Consoles CAN get you fit
Way back in the days when the Sony Eye Toy was launched, I used it as a get fit tool, playing Kung Fu every morning on the hardest setting, alternating between using my arms, then legs to defeat the attacking hordes.

It was highly effective, so with the Wii Fit being designed to get you fit, the results should be considerably improved.

There’s also been examples of young people attending the gym more when PS3 were installed and people using the standard Wii to measurably lose weight.. 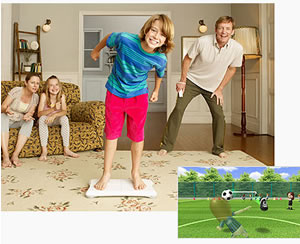 How the Wii Fit works
The Wii Fit comprises of a balance board, that potential Fit-ers stand on, carrying out instructions that the accompanying software encourages them to do.

The in-built sensors detect movement of the board, that looks like a low level step, sending the signals wirelessly back to the Wii.

Given all of the above, we look forward to using the Wii Fit to raise our fitness levels. You can buy it for £69.99 when it’s back in stock.