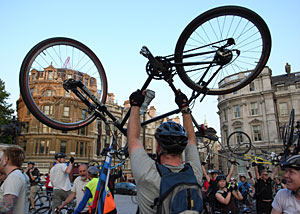 Yesterday we kicked off our guide by starting to underline your rights as a photographer. Today we continue to look at where you can or can’t take pics.

Trespass
If you start stomping over private property taking photos without permission, you’re committing a trespass, and the same applies to anyone who “interferes” with the property.

The “interference” law is a bit of a daft one and can be used for something as trivial as scrambling up a bit of wall to take a photo over the top or even resting your camera on a fence.

If you’ve been given access to property on the condition that your camera stays firmly in your bag, the second you start snapping you’re no longer entitled to be on the land and are thus guilty of trespass (Scottish law differs in this regard). 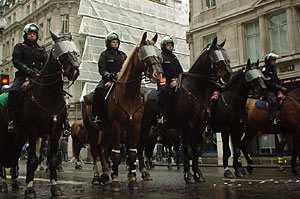 This means that almost any violent attack would be unreasonable under the law, as would threatening someone with a gun or other weapon.

Property owners or their employees and security staff have no right whatsoever to confiscate or damage a photographer’s camera or insist that images are deleted.

Obstruction, Public Order and Photographing Demos
Under UK law, it’s a criminal offence to obstruct free passage on the highway and this includes footways, bike paths and roads.

If you’re standing on a thoroughfare to grab a photograph and you’re not impeding the movement of traffic or people to any degree, then you’re absolutely within the law, although some protest photographers will be familiar with the Old Bill claiming that you’re ‘causing an obstruction’ in often frivolous circumstances.

It may be a pain, but it’s usually best to move yo’ ass when asked as it’s not uncommon for innocent photographers to be arrested for obstruction at demos – or even get their collars felt for supposedly obstructing a police officer in the execution of his duty.

Taking photographs is unlikely to amount to a ‘breach of the peace’ or be seen as ‘conduct likely to cause a breach of the peace’, but if you’re stuck in the thick of a heated demo or street riot, you’ll have to be careful that the police don’t confuse you with the participants and treat you accordingly. 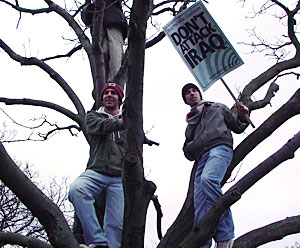 If you’ve a photojournalist card, wear it on a tabard so you can easily show it to the police if challenged, but if you’re a freelancer you might find it harder to convince the cops that you’re not one of the rampaging hordes. The best advice is to keep your eyes open and to speedily back off when the police start to charge your way.

Note that there is no law preventing you taking photographs of the police at demos, unless there are any overriding security/law enforcement concerns.

People and Privacy
UK laws are fairly vague when it comes to defining what constitutes an invasion of privacy, but while street shots should cause no problem, you might get in hot water if you’re strapping on colossal telephoto lens and zooming in on folks stripping off in their bathrooms – even if you are snapping from a public place.

The key seems to be whether the subject would have a reasonable expectation of privacy – a statement that seems vague enough to keep a team of lawyers gainfully employed for some time.

With some countries having stronger privacy laws, UK snappers looking to commercially exploit images of recognisable people snapped without their consent may find international clients unenthusiastic, unless a model release has been obtained.

There’s also a remote chance that photographs of people in public places may be subject to the Data Protection Act, but that’s pretty unlikely if there’s no other identifying information accompanying the image.

Note: Professional photography is banned in London’s Trafalgar Square and Parliament Square as well as the Royal Parks. If you start breaking out the tripods, glampussy models, arc lights, make up crew, Winnebagos and reflectors, expect a parkie to turn up on the scene pronto demanding a hefty fee. However, be a little more low key with your shooting and you should have no problems.

Anti Terrorism measures
With the increasing paranoia over security and terrorism, photographers being have been increasingly challenged by police when taking photographs of potentially sensitive subjects like power stations, refineries, bridges and ports.

Photographers taking innocent photos of such places may find themselves being questioned about the nature of the business and the purpose for which they were taken, with the police citing the Official Secrets Act 1911 (that’s pushing it) or the handy catch-all of The Terrorism Act 2000 (Section 44 has been erroneously used several times by PCSOs to take details of photographers deemed to be acting ‘suspiciously’). 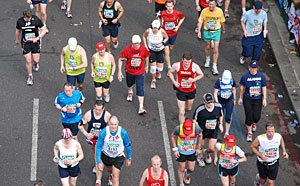 Unless you’ve crawled into a nuclear bunker and have been caught red handed taking photos of things marked ‘TOP SECRET’ it’s unlikely that you’ve actually broken any laws.

However, if you’re snapping in an area that could be deemed sensitive, it’s generally wisest to calmly answer their questions and put up with them rummaging through your camera bag – but remember they have no right to seize your equipment or demand that memory cards are deleted/confiscated.

“Members of the media have a duty to take photographs and film incidents and [police officers] have no legal power or moral responsibility to prevent or restrict what they record.”

“It is a matter for their editors to control what is published or broadcast, not the police. Once images are recorded, [the police] have no power to delete or confiscate them without a court order, even if [the police] think they contain damaging or useful evidence.”

The guidelines also warn that any police officer who deletes a photographer’s images could face criminal, civil or disciplinary action.

As we explained at the beginning, this article is just a brief guide to the sometimes-complex matter of your rights as a photography. Interpretations of the law can shift, so we strongly recommend consulting the UK Photographers Rights website for update and seeking out proper legal advice if you encounter problems.

One thought on “Photographers Rights In The UK: A Guide (Part 2)”