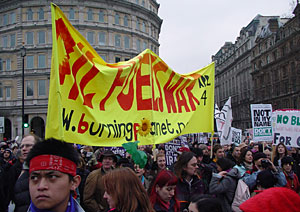 Despite the law being clear on a citizen’s rights to freely take pictures in public places (with a few restrictions) there is growing evidence of the police, police community support officers (PCSOs), security guards and general jobsworths failing to respect the rights of photographers going about their lawful business.


Following on from our recent article on UK photographers protesting about increasing police harassment, this article hopes to underline your rights as a photographer, whether you’re taking snaps on a mobile phone camera or wielding a monster Nikon about.

Some material in this article has been sourced from the excellent – nay, indispensable – UK Photographers Rights website, which offers a downloadable PDF info file and ongoing legal feedback giving advice to photographer’s questions.

We’ve detailed some of the common points below, but bear in mind that this is intended purely as a rough outline of your rights. Some aspects of the law can be complex, changing and open to interpretation – with Scottish law sometimes carrying a different spin on clauses – so we urge you to visit the website for the full details, or seek proper legal advice if you get into trouble. 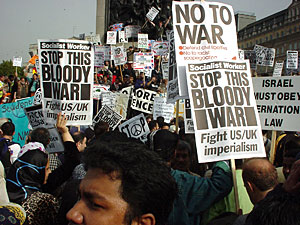 Street shots
If you’re on a public right of way – such as a public pavement, footpath or public highways – you’re free to take photographs for personal and commercial use so long as you’re not causing an obstruction to other users or falling foul of anti-Terrorism laws or even the Official Secrets Act (frankly, this one is unlikely).

There’s nothing stopping you taking pictures of people in pubic places within reason, but if you start shoving your zoom lens up their nostrils or taking action shots of their every step, there’s a chance you might get a clip around the ear from your aggrieved subject or even face a legal charge of harassment.

Harassment is defined as a ‘course of conduct’ (so it has to happen at least twice) that causes another person ‘alarm or distress’, but we have to say that the bullying and aggressive antics of the paparazzi would suggest that prosecutions are few and far between. 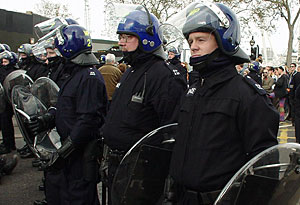 Photographers are free to use their photographs of people taken in public places as they wish – including for commercial gain. There are no laws against taking photos of children, but someone taking an unhealthy interest can rightly expect to attract unwelcome attention from the authorities (and quite probably passers by) pretty sharpish.

Photographing Buildings, Football Grounds and Interiors
Property owners have no right to stop people taking photos of their buildings, so long as the photographer is standing in a public place (e.g. the road outside).

However, if you’re standing on private property and the landowner/occupier objects, then they have every right to ask you to stop immediately and ask you to leave if you refuse.

Many museums, art galleries, football grounds, concert venues and similar places ban photography as a condition of entry, so you can hardly complain if you get turfed out after you’ve whipped out your camera.

The same applies to all private property open to the public in general – e.g. offices, shops, even your local chippy – with the owner or occupier having the right to demand that you stop taking photos and get the hell out. 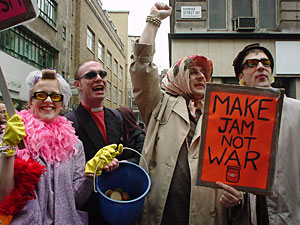 Most shopping centres and malls stand on private land with many gaining a notorious reputation for speedily dispatching stroppy security guards demanding that you stop taking photos. The irony that they’re already busy filming you from every angle via a flotilla of CCTV cameras is generally lost on them.

Tube stations
Seeing as we’ve heard so many instances of people being hassled over this, here’s the low down: non-commercial photography on tube stations is most certainly allowed – and if any busybody tries to tell you different, politely tell them to bury their head in part 10 of rule Sa109 in the Working Reference Manual:

10.1 Passengers can take photographs with small cameras for private purposes, provided flashlights and/or tripods are not used no obstruction or inconvenience is caused to staff and/or passengers.

Tomorrow we continue the guide looking at trespass, public order photography at demos, people and privacy, anti terrorism measures and point you in the direction of a number of case studies.

2 thoughts on “Photographers Rights In The UK: A Guide (Part 1)”