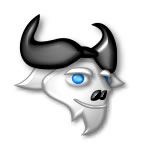 We met with Mark Taylor, President of the Open Source Consortium (OSC) last night, directly after his meeting with the BBC to discuss opening-up the iPlayer to run on more platforms than just the Microsoft browser.

It appears that the meetings were positive and boiled down to two points, the BBC feels they haven’t communicated their desires for iPlayer properly and that they want the iPlayer to run on an open platform.

You’ll be aware that we’ve been following the journey of the BBC iPlayer since 2003 (then the iMP) and you may want to have a listen to our last interview with Mark, that was directly after the OSC meeting with the BBC Trust, to set the context for the latest BBC meeting.

The OSC had two meetings yesterday, the first with Matthew Cashmore and Robin Doran from BBC Backstage; followed by one with BBC management, lead by Tony Ageh and 6 developers.

They tell us that the BBC appears to behind the idea of making the iPlayer run on an open platform, to the point where they’ll field a team to work on it. This combined with the work that OSC has already done on possible solutions and those in the open-source world who have pledged their support for the project there’s a real possibility that it could be deliverable.

The OSC made it clear that they will continue to campaign for the iPlayer to run on an open platform – that’s not just running on Linux, but open to run on all devices – phones, media players, computers.

Words are easy, and as that cruddy culinary phrase goes – the proof of the pudding is in the eating. The BBC needs to deliver the iPlayer on an open platform – and do it within a reasonable amount of time.

We’ve got a podcast of the interview that will give more details.

Both Mark Taylor (OSC) and Becky Hogge (Open Rights Group) will be taking part in a discussion with the BBC to further discuss the iPlayer situation this Friday at 10am. It should be released on the Backstage site some time that day.