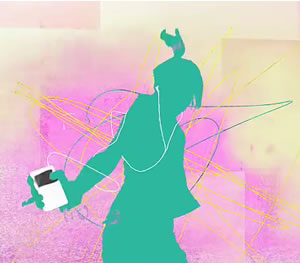 We’ve been holding back with Apple news since the vomit-inducing coverage of the iPhone launch that many publications gave (Engadget and Gizmodo appearing top of the list, in that order).

Here’s one worth noting though, Apple has announced that they’ve now sold over THREE BILLION tracks.

There was a time at the start of the iTunes online store that they were reporting every 100m tracks that they flogged. By 200m we’d got bored and closed our piece with

So what’s the next landmark? We’re running sweepstakes on whether it’ll be the quarter billion, 300m, or half billion. Our recommendation? Don’t bother until it gets to 1 billion.

It feels reasonable to bother you with it now, nearly three years later they’d got to 3Bn. 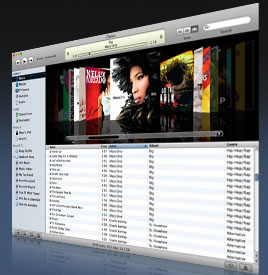 Other landmarks have been 800,000 tracks selling in Europe in one week, and at the start of 2005, Jobs was tell us that they were selling 1.25m track/day, annualising at a rate of 0.5 billion tracks a year.

Nearing the end of 2005, Apple had become the 7th largest US music retailer. Where are they now in that league? Well they tell us that they’ve just passed Amazon and Target to become the 3rd largest in the US.