Today the BBC has opened a list for up to 500,000 UK TV license payers to sign up for access to iPlayer – if they have an appropriate computers setup.

Over the next six months, those who sign up will be let on to the Beta trial to use iPlayer. (Those of us who have been on the 15,000 people iPlayer trial will have noticed that there was a new release of the software last night.)

Let’s be clear, we do think that the iPlayer is an advance for the BBC, and the functions and control it gives views are welcome.

Where it really lets itself down is that it is dependant on a very thin slice of technology needs.

It’s a great shame that during the four years that it’s taken to come into being, those with the power to decide which computers it should run on didn’t choose a development partner who supported more the just their own platform.

It even appears like they’re looking to Microsoft to provide the ability to run on Macintosh and Linux, using Sliverlight.

It’s not that we don’t like Microsoft, it’s just that we passionately believe that the UK’s national broadcast, who is spending our TV license fee on developing this – and we’ve heard some pretty massive figures knocking around as the cost of development so far – shouldn’t be beholden to a single commercial entity.

Windows XP is NOT on 90% of UK computers
Of source there’s been spin to try and mitigate the facts. Those who have been defending the iPlayer running on Windows say that Windows runs on 90% of the PCs out there. They conveniently forget to mention that iPlayer requires Windows XP – not Windows 98, not 2000, not even the latest Windows, Vista. XP users do not make up 90% of the computer users in the UK.

Content protection is highlighted as the reasons for having to use Microsoft products top to bottom. 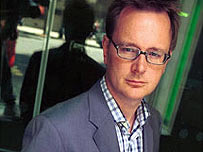 DRM, DRM, DRM
One reason for the four years to get the project to public Beta held up by the BBC – by Ashley Highfield in particular – is that 1.5 years of the four its has taken was the need for negotiations with the independent production companies.

Surely they weren’t just there twiddling their thumbs waiting for the phone calls from the Indies? iPlayer, like every other project, had a number of streams of development running in parallel, of which the discussions with the Indies was one. It wasn’t even a critical one, for reasons we’ll go in to later.

The Indies are also used as the reason for the need for DRM, and in turn the need for having the whole top to bottom of the project running on Microsoft platforms.

It’s of significant note that the BBC Trust have stated that they are totally happy for the BBC’s content going out in the clear, ie _without_ DRM.

What could have been
Given its proud tradition of openness and access for all, the right thing for the BBC to have done would have been to release an open iPlayer, using only BBC content running without DRM.

It would have been a huge, run away success being the first major broadcaster to achieve it.

The Indies would then have to make a decision – did they want distribution, or did they want DRM – much the same as the record companies have done. Some would have acted like EMI has and gone DRM-free, joining the jamboree, while other would have stayed closed and off the radar.

Instead, sadly, the BBC has chosen to kowtow to Microsoft, fitting in with every demand to make sure their technology is required from start to finish.

iPlayer, in its current form, has diminished the once high opinion of the BBC that a lot of people in this country had (well beyond the 12k+ people who have gone to the trouble of signing the iPlayer petition), and across the world – reducing it to a Microsoft subcontractor.

Let’s have a Proper Look
We think the iPlayer is a great advance – but seriously flawed.

It’s now down to the BBC Trust to carry out a thorough and open investigation into why critical decisions were made in the four years of iPlayer development, leading to the point that we’re at now.