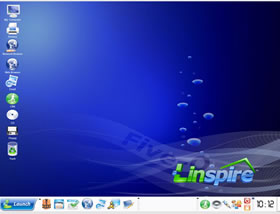 Looks like there’s a danger of some of the open-source software world and Microsoft breaking out into a huge big love in.

Linspire, which started life as Lindows in an effort to antagonise Microsoft, has announced an agreement with the Redmond giant to co-operate in a number of areas. 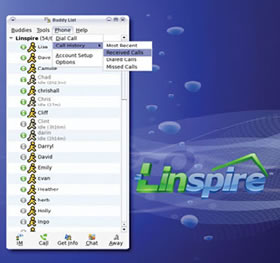 The Web search side is obvious, Microsoft is always more that keen to grab opportunities to have their search used over Google.

More surprising is the IM and digital media compatibility.

Microsoft has gone to great extents to keep with IM from being connected to in the past, although this agreement appears to be based on the voice comms side of IM – giving Microsoft a strong position against runaway success Skype.

Digital Media
The digital media side is also surprising. At the moment Apple Mac’s aren’t able to play Windows Media 10 files, so for it to be on Linspire suggests that Microsoft is taking a pop at Apple in trying to widen consumers choice, away from Mac.

It’s not clear currently if DRM’d content is included in the agreement. That would be very surprising from a number of sides. Michael Robertson who founded and bank rolled Linspire has built a career on non-DRM products – and Microsoft would have to place their DRM code on a Linux system.

On the legal side, they’ve also agreed a ‘framework for patent covenants,’ providing rights to relevant Microsoft patents.

Only if you pay
It’s most worth of note that these new features only come with Linspire, the pay for product and not Freespire, which is available for free download. It’s not clear who specified this, but the benefits to Lindows is clear – income – and to Microsoft, they’re not making a free Linux product better, thus pushing people towards thinking that operating systems must be paid for. Free OSs terrify Microsoft.