A five day gathering in Changsha, China has netted an agreement between a collection of 11 provinces and regions in the Pan-Pearl River Delta (know locally as Pan-PRD), to create a Web site to provide information on the availability of jobs in major cities.

The logic behind the decision is that they are currently very few forums, online or otherwise, to find this type of information, leading to many people travelling to cities to find no work, or as China Daily puts it, “they often end up being mistreated and are even deprived of their basic rights.”

It’s estimated that there are currently 60 million workers from those provinces working in cities (Yes folks, that’s the whole population of the UK), with 35 million working outside their home province.

A straw poll that we took during a recent trip to Beijing, supported this, with very few people we spoke to actually having come from Beijing itself. As with any city worldwide, the cities become a magnet for people to travel to, to make ‘their fortune’. 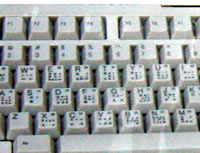 Will it work?
Quite how much use the Website will prove to be for migrant workers in the short term is unclear, given the rural areas may not have Internet access or their residents the skills to operate the site.

Given China’s desire to drastically grow their Internet infrastructure over the coming years, the restriction of access should be eradicated.

What it does show is how China is starting to embrace the potential power of the Internet in spreading helpful information far and wide (and given the size of China, far and wide is a very good thing!). These actions are very much in line with the desires of the central authorities in China.