Richard’s two previous parts on the N95 and N95 GPS haven’t been very encouraging. Today he covers connecting it to a computer, the 5Mpx camera, making phone calls and concludes with what he thinks of it. 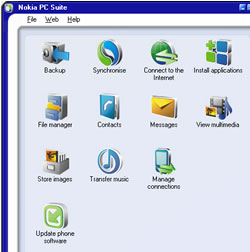 Connecting the N95 to your computer
By this time, the N95’s battery is well and truly battered. Just a bar left. Plug it in to the admittedly elegantly well-designed lightweight charger and set about attempting a sync again.

Try transferring some media. I can’t bear to relate here PC suite’s “Transfer Music” app as it’s far too painful a process than I wish to remember. Safe to say that it’s much easier to just drag and drop using Phone Browser instead.

When you’ve uploaded your music and disconnected your phone, for some reason you need to introduce the phone to the fact that it’s got new visitors by browsing to music player and then updating the phone – bizarre.

Once you do, you can dispense with the ubiquitous Moby track inevitably bundled as an example and check out the power of the stereo speakers! And they’re not bleedin bad at all. Good enough in fact, to make anyone’s bus journey in South London even more onerous than it was before if the kids get hold of them!

Needless to say, the battery doesn’t like this kind of shenanigan and goes into a very quick, draining hump immediately.

Loading Maps via your computer – it’s cheaper
Rather than battering your monthly data plan from your provider with map downloads – which the uninformed will do at great cost – you can download maps for free from Nokia. Great, except you can only download the files through the Nokia Maploader app which insists on seeing the presence of either a phone or a memory card to save to.

I didn’t have the handy mini-sd card converter to hand, so instead had to plug in the N95 for the duration of the download.

Annoying, but there you go. Choose England, Scotland and Wales for now. Sum total of just over 60meg, hit go. Hang on a minute! It’s going to take how long? The progress bar tells me it’s going to be nearly three hours to download the three maps. This is with a 24meg connection that only a short time ago managed to download Nokia PC Suite in about 20 seconds. ‘Whatever’ I decide, and leave it plugged in, slowly chugging away and I go for a lie down.

Wake up a couple of hours later, wander over sleepily to check the progress and find that the phone has gone dead. Battery entirely drained out. 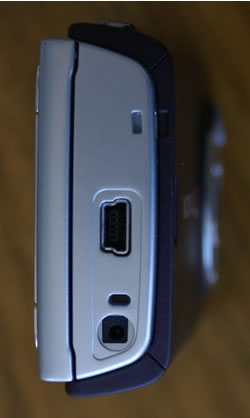 It doesn’t charge via USB!
That’s right folks, the N95, despite thankfully using mini-USB, it doesn’t take any of its advantages, other than size and ubiquity, by not drawing voltage from the parent device. Criminal.

This means that rather than just having the one charger at work, and using the USB cable at home or vice versa, I have to go out and buy an extra charger, as the battery life is unpredictable depending on variable use day to day.

What about the 5Mpx camera?
What about that splendid Carl Zeiss 5 megapixel camera. Whilst I like the way they’ve dealt with the lens cover, which is much better than either the N73 and Sony Ericsson K800i, the camera, like the phone, is very sluggish indeed. In fact, you’ll end up with lots of pictures of friends with rictus grins as it takes so long for the auto focus to do its stuff, as the camera decides if you’re trying to aim at (a) the people sat in front of you, or (b) the arm of the sofa they’re sat on. 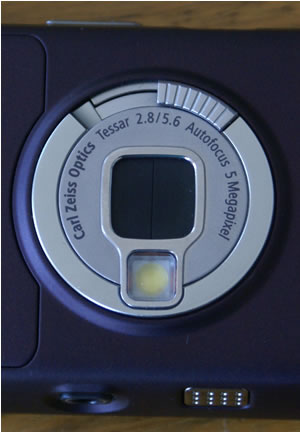 Delays like this kinda takes the spontaneity out of most situations, and as for off-the-cuff action shots, forget it – play will have moved on to the pavilion and will be enjoying a cucumber sandwich before you get one in.

What about making phone calls?
Just as well the traditional function of the phone – making calls – is reasonable – apart from that high-pitched electrical buzzing that is audible throughout conversations. Call clarity falls way behind what I’ve become used to with Sony Ericsson.

Conclusions
You should bear in mind with this is that this series of ‘Living with’ pieces have been written after using one of the first N95s to hit the UK.

Let’s hope the majority of these foibles can be corrected with the first major firmware upgrade, but until then, I can’t help but think this really is still a beta product that’s been rushed to market.

It holds great promise, but as yet, it doesn’t deliver the dream.