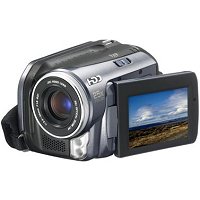 More than four in every five camcorders sold in Europe in 2005 recorded footage to digital tape. However, according to a new industry report from Understanding & Solutions (U&S), digital tape will only account for 14% of the European camcorder market by 2010.

“Over the course of 2006 we’ve seen a format war develop between Digital Tape, DVD and Hard Disc Drive (HDD) camcorders,” says Simon Bryant, Business Director of Consumer Electronics at U&S. “Right now, digital tape still accounts for nearly 70% of the European camcorder market, but DVD is gaining ground, and as early as Christmas 2008 shipments will outstrip those of digital tape.”

With most of the leading brands producing DVD camcorders in 2006, the format has proved itself popular across the globe. Prices are now beginning to fall and by 2008 the price will be close to that of digital tape. 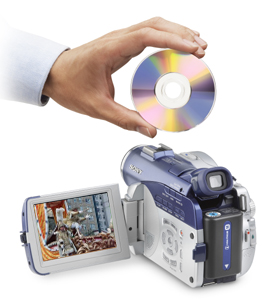 “By 2010, DVD will have clearly established itself as the format of choice for mass market consumers, and will account for nearly half of all camcorders shipped,” says Bryant. “This format’s appeal is its ease of use. You can record direct to a DVD and then drop the disc straight into your home player: it makes for a hassle-free workflow system. Couple this with the wide availability of low cost DVD players and you can see its appeal.”

The third competing format – the HDD camcorder – is still a niche product, but has outperformed the expectations of many, performing particularly well in the Japanese market. Though it has a more complex workflow and archiving process when compared with DVD, consumers are becoming familiar with the variety of HDD-based devices within their homes. As the migration of HDD from PCs to MP3 players, set top boxes and games consoles continues, its many benefits will become more widely recognised, making it an attractive alternative to DVD. By 2009, U&S predicts HDD will have overtaken digital tape to become the second most popular choice amongst camcorder purchasers, accounting for 31% of all camcorder shipments in Europe.

In addition, the rise of High Definition Television, with more than 115 million ‘HD-Ready’ homes in Western Europe by 2010, will create further opportunities for the camcorder market. Fuelled by consumer demand for flat panel LCD and plasma TVs, most of which now come HD-Ready, the hunger for HD content won’t be far behind. High Definition DVD players are already available, in either HD-DVD or Blu-ray format, and the next 12 months will see a proliferation of High Definition consumer electronics products. As a result, the camcorder market is forecast to experience a similar revolution, with High Definition devices becoming ever more prevalent. However, initial demand will be low and will ramp up slowly, due to the large price premiums. Longer term, HDD camcorders, with far greater storage capacity than DVD camcorders, will be the preferred choice for memory-hungry High Definition image capture.

In addition to traditional motivations for video capture, there is an upsurge of consumers who capture video to inform, meet and entertain, primarily via the Internet. The growing global interest in social networking sites such as YouTube and MySpace will squeeze the camcorder market, applying pressure through hybrid ‘still-cams’, digital cameras and mobile phones. In particular, the ever-increasing capacity of flash memory will make these devices a serious future competitor to the camcorder.

Due to issues surrounding quality, features and functionality, the short-term impact of convergence on the camcorder market will be minimal; however, moving forward, high-end digital cameras, hybrid ‘still-cams’ and mobile phones will increasingly steal share of the video capture market.