Christmas is certainly the time to be purloining down Lagos way, with the Digital Lifestyle office receiving an upsurge in deceased relative scams, phishing emails and the usual “YOU HAVE WON 2,575 TRILLION DOLLARS” nonsense.

Naturally, we dump these mails straight in the bin, although we were impressed with yesterday’s scam which purported to have come from Amazon.

We were selling a Sony camera on Amazon, and received an enquiry about the camera’s condition through the site.

The email came from a European sounding source, so we replied and about an hour later had a confirmation email from Amazon saying the camera had been sold.

Pretty nippy work we thought, but a closer examination of the mail instantly raised suspicions. 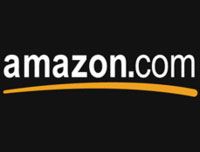 First off, a rummage through the headers revealed that the email was a better-than-average forgery, with the obfuscated email originating not from the company themselves, but from an amazon.sellersupport@consultant.com address.

Although we could see how people may be fooled by this mail, the address should raise eyebrows amongst even the most trusting of souls: “Unity rd pipe line bus stop, Lagos, Nigeria” (we’re not saying all web financial transactions from Nigeria are dodgy, but let’s just say there’s more than a bit of history here).

A bit of rummaging around the web revealed that thie consultant.com address has been regularly used by scammers and features on the outrageously funny 419 Eater website, which has a rather unique way of dealing with Nigerian scammers.

Naturally, we reported our experience to Amazon, but were unable to resist replying to his email thus:

“Great news! It turns out that my work colleagues are flying over to Lagos in three days so they’ll be able to bring over the camera for you!

They’re coming with the Metropolitan Police Force rugby team, who are doing a Christmas tour of Nigeria, so will you be able to meet them at the airport?

I’ll naturally refund you any postage charges as a result.”

We’ll keep you posted if we get a reply.