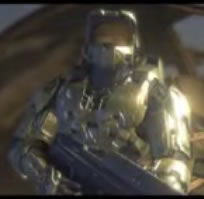 There’s always a lot of interest around Halo, the signature game for the Xbox.

The original Halo sold a ton of Xboxes as it just looked so incredible and was a big step forward in gaming. Halo 2 received a huge amount of PR support and therefore created one heck of a buzz when it was released in 2006 with a grabbed by pirates before its launch. We found Halo 2 had improved but wasn’t the wow it had widely expected to be. 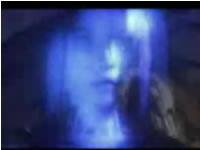 Two years later and the machine is grinding into action again to let the public know about the non-imminent arrival of Halo 3. It’s expected for release during the third quarter of 2007, and will, of course, run initially exclusively on Xbox 360.

The promotional video released last year at E3 got some attention, but there had been a lot of excitement about the next promo installment that was shown last night on US TV.

Thanks to some willing fellow/fellow-esses it’s hit YouTube, so those interested worldwide can watch it as well. Frankly it gets us no further forward in understanding what it’s about or how it will look, but for Halo fans that doesn’t really matter. Any further sightings of Master Chief are appreciated.