It’s been a long, long wait, but it looks like the release of Microsoft’s new operating system, of Windows Vista is finally set to happen soon.

The company has just released Release Candidate 2 (RC2) – or build number 5744 if you’re counting – and the Redwood boys are sounding chirpy that this will be the last beta version of Windows Vista before the product is unleashed for manufacturing.

The previous test release of Vista, RC1 was tested by no less than three million users, with the company claiming that it received “excellent feedback.” 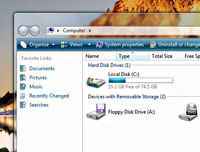 With Microsoft now saying that just has to add the finishing touches to the overall quality and performance of the eagerly awaited operating system, the company looks set to meet it targets.

Vista has a scheduled roll out date for business customers next month, with consumers getting to play with the new desktop in January 2007.

Microsoft has already missed several release deadlines, although leading financial analysts like Rick Sherlund of the Goldman Sachs Group reckon that things are looking good for an on-time release: 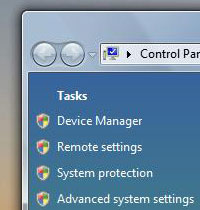 “We had been sceptical of the launch schedule after Beta 2 shipped with problems in May, but the team seems to be making great progress in addressing issues of performance, reliability and compatibility,” he wrote in a research note.

Sherlund also noted that he expects Microsoft to start dishing out Vista discount coupons to customers who buy new PCs capable of running the OS in the run-up to the release.

Already, fanboy websites are buzzing with screen shots of the shiny, sleek new OS and we have to say the new desktop looks mighty purdy to our eyes…

You can check to see if your system wil be able to handle all the whizz bang glitz here: windowsvista.com/getready