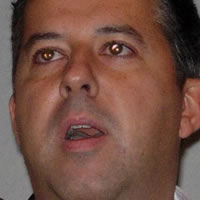 “Those of you who read the papers may have noticed we bought a small Internet company last Friday,” he announced. “To have a combination of satellite distribution and broadband connectivity solves all problems”.

O’Sullivan’s presentation focused on Sky+ and stated the need for a “whole home solution” but he was keen to distance himself from existing IP-based offerings such as the Windows Media Player. 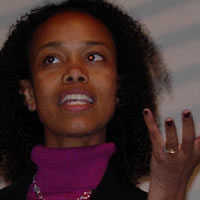 While Microsoft’s Cynthia Crossley and Telewest’s Mark Horley nodded collaboratively to Merlin Kister of Intel’s assertion that “We mustn’t be close minded and pick a winner. It’s important for all players to work together,” O’Sullivan looked disinterested.

“I’m a fan of Media Player – but my mum doesn’t want a reminder to renew her anti-virus subscription while she’s watching Coronation Street,” he said.

And, in response to an audience show of hands revealing nearly all had regular problems with programme crashes on their PCs, O’Sullivan added: 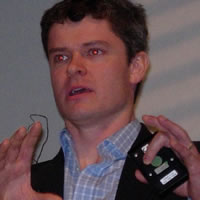 “There’s zero tolerance (among our customers) for that sort of unreliability and pain…we can only roll out products that you switch on and they work.”

And BSkyB has the money and ambition to keep turning out products it thinks consumers may need – the five day old Sky Gnome for example, enabling you to listen to satellite radio in the garden, or the new movies over IP service, Sky By Broadband – due to launch in the next two weeks.

The third generation Sky+ boxes have 160GB of space – only half are visible to the consumer – the other 80GB of disc space is for BSkyB to keep as a store for future ‘on demand’ programming, O’Sullivan revealed. 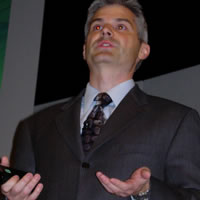 Horley mentioned that Telewest was launching its own 160GB PVR in early 2006, with the WHOLE disc available for recording “as we already offer video on demand”.

With Sky+ proving a virtually churn-free proposition (apparently 90 per cent of viewers say they’re very satisfied), Easynet on board and plenty of money in its pocket, O’Sullivan can’t help but smile – looks like BSkyB is onto a winner.

One thought on “Sky Says Easynet Purchase “Solves All Problems””