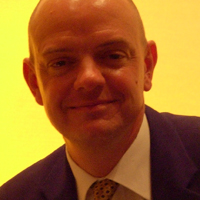 BT will roll out IPTV in ‘late summer 2006’, according to Andrew Burke, CEO, BT Entertainment, (pictured right) speaking at the Enhanced TV Show in London today.

Developed in partnership with Microsoft, BT’s new set-top box technology will combine a digital terrestrial television receiver with a broadband receiver, allowing the viewer to move seamlessly between the two signals.

BT’s revenue will come from enhanced services, such as a VOIP facility to dial up friends while watching a football match, or the ability to build your own personal schedules.

Burke didn’t reveal whether the set top box would be entirely new, or an add-on to existing Freeview boxes, nor would he say whether BT aims to first convert existing DTT customers or target its marketing efforts elsewhere. 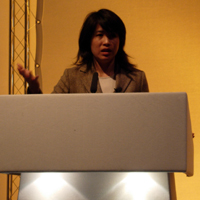 Elena Branet, Senior Marketing Manager at Microsoft TV, (pictured left) said IPTV would allow viewers to use picture in picture channel surfing, see caller ID on their TV sets, or watch TV while messaging a virtual community of friends and family. She said that basic IPTV would be possible with a minimum connection speed of just 1.5 MB.

Branet fought off a suggestion from fellow speaker, BSkyB’s Jim Harrison, that the new IPTV platform would not be interoperable across devices; assuring that it would be open to another operator’s instant messaging system, for example. 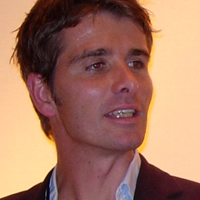 Also at the show, David Bainbridge, MD of Yes, Yoo Media, (pictured right) said trials of a new product, ‘Broadband TV’ would start on ntl in October. Not to be confused with IPTV, this is a solution to help content creators repurpose content across platforms – working with cable TV, IPTV and 3.