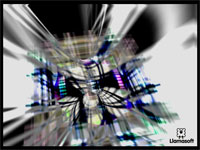 Based on Neon, Llamasoft’s proprietary graphics technology, the Llamasoft Visualiser comes pre-installed on Xbox360s and it’s “capable of generating anything from soothing ambient swirls to strobing multicolour explosions.” 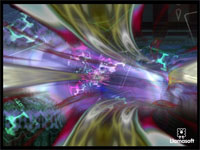 The mind-melding visual feasts are driven by beat detection or joypad control, letting users take interactive control of the camera, patterns and effect generators, to create their own psychedelic wig-outs.

The effect is so convincing, that all you’d need is some 2,000 watt techno blasting out, a floor covered in spent beer cans, a few ‘funny’ cigarettes and you could recreate the perfect rave in your bedroom. 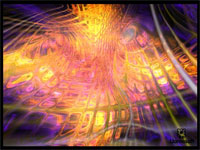 We’ve liked Jeff Minter’s stuff ever since the days when an Amiga 1200 (RIP) with 4meg of RAM was considered positively ostentatious. Even then his Llamatron was streets ahead of the competition, so it’s great it see the spliff-consuming, loveable hippy still producing such great work.

“Without giving any secrets away and getting myself into trouble with Microsoft,” enthused Minter, “I can tell you that the Xbox 360 can bring to bear an absolutely staggering amount of computational power on each and every pixel, and never drop below 60 frames a second.” 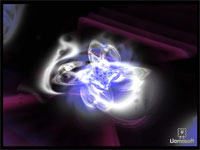 And he’s still got his principles too, writing on his bulletin board: “And we haven’t sold our souls, or our IP, to Microsoft either. We’ve created for them an interactive visualiser for the Xbox360, and we’ll not do a visualiser for the rival consoles for this coming generation. But if someone were to ring me up tomorrow and say “Blimey Yak mate, that Neon’s a bit tasty, any chance of a bit of that for the next “not_a_console_visualiser_app” I could quite legitimately say “abso-smegging-lutely!” and we could be delivering working code in a few weeks. We can use it in games on *any* platform. The engine is small, efficient and portable.”