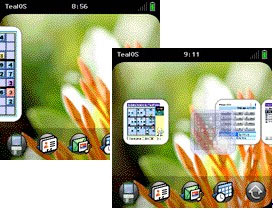 We certainly felt the love when we reviewed Palm’s Centro smartphone last year, but Palm OS fans have felt rather short changed of late.

With Palm declaring the old Palm OS officially dead and buried, all the attention has moved to their hot new handset, the Palm Pre and its exciting new WebOS operating system.

Not surprisingly, software houses haven’t been falling over themselves to carry on creating create new apps for now moribund-OS, so we were surprised to see old Palm developers TealPoint unleashing an intriguing launcher/skin combo that cosmetically matches the as-yet-unreleased WebOS.

Called TealOS and billed as ‘The next best thing to WebOS,’ the software is a multi-functional application launcher that offers a similar look and feel to Palm’s operating system, faithfully following the ‘cards’ paradigm.

Just like Palm’s WebOS interface, up to twenty cards displaying thumbnails of recently opened applications which can be browsed by dragging them across the screen. 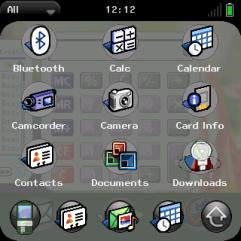 A slow drag moves them one by one, while a quick stroke ‘throws’ the cards swiftly over. Tapping on the card opens the application, while cards can be discarded by flicking them up off the screen.

There’s also a drag’n’tap translucent applications screen (with customisable background images), and even the cunning popup ‘wave launcher’ has been faithfully reproduced. It all works very much like the demos we’ve seen of the Palm Pre in action, with neat animations adding to the experience. 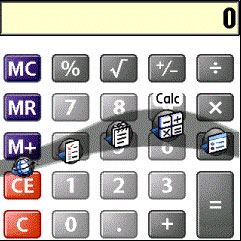 The interface ran fairly smoothly on our Centro, was fun to use, and provides a great taster of what’s to come with the Palm Pre (which we want NOW please!).

Although the TealOS is a great investment for old Palm users looking to spruce up their handsets, it doesn’t come with all the fantastic innovation seen in the Palm Pre, but at least it may prove a handy stop-gap while we wait for the UK release date.