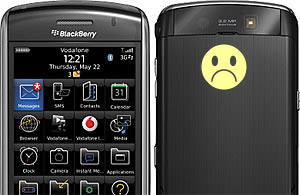 There seems to be a growing band of unhappy bunnies among Blackberry Storm customers, according to an article in The Wall Street Journal.

The paper reports that Research In Motion’s first touch-screen device has attracted a storm (sorry!) of complaints from users about the handset’s buggy software and temperamental hardware.

The innovative ‘clicky’ onscreen keyboard has received most complaints, with users finding it sluggish in use and sometimes failing to register the correct character, while the the accelerometer is said to be sometimes slow to change the orientation of the screen.

Speaking to the Journal, Blackberry fan Steven Golub was suitably dramatic, “I found myself wanting to throw it in the ocean due to my frustration with its overall usability.” Happily, Mr Golub declined to hoist his handset into the briny and returned the Storm to the shop a few weeks later.

Launching in November 2008, sales were brisk for the keenly anticipated device with RIM shipping half a million units in the US, but some are suspecting that the device may have been rushed to market. 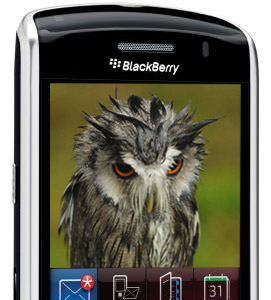 Indeed, Jim Balsillie, RIM’s co-CEO said the company only reached their Black Friday deadline “by the skin of their teeth” after failing to meet a planned October debut.

Although a December software update fixed many bugs, there’s still some annoyances to be found, including the phone’s inability to display a full keypad while the phone is in portrait mode.

We gave the Storm a fairly positive rating in our quick hands-on preview back in November, but we’ve had several plays with the phone since and become less impressed each time.

Our initial enthusiasm for the onscreen keyboard has certainly dampened and we still find the all-black interface uneasy on the eyes, while the lack of Wi-Fi remains unfathomable.

One thought on “BlackBerry Storm Gets Off To A Wobbly Start”