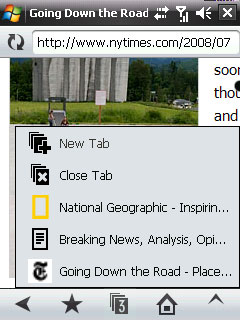 First launched in 2000 claiming to be “the first mobile browser to bring the full Web to the small mobile screen,” Opera Mobile has now hit 9.5 beta for Windows Mobile.

Based on Opera’s latest core rendering engine, Presto 2.1, the company claims that their new browser is both the most standards-compliant mobile browser in town and their fastest release to date, with “noticeable speed improvements over Opera Mobile 8.65 and IE Mobile.”

They seem to have acknowledged defeat in the speed stakes to the iPhone (and possibly Android), with the company’s press release notably saying, “Opera has always been among the fastest browsers — if not the fastest — available.”

For this release, Opera has completely renovated its mobile UI, claiming a “cleaner and more intuitive” user interface, which is designed for “quick and easy navigation.” The company have also revealed forthcoming plans for the product, with future betas to include Opera Widgets, Opera Link, Gears and Symbian OS support. 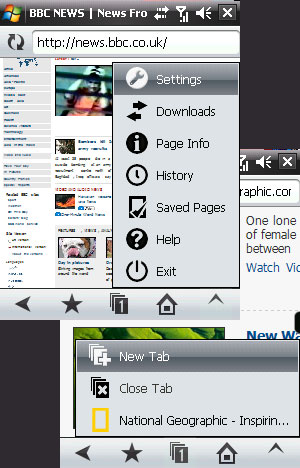 Opera Mobile has now been installed on over 100 million phones and lets users preview whole web pages before panning and zooming into their desired content.