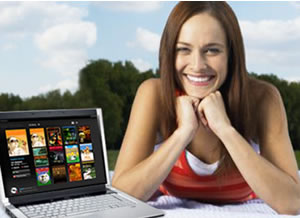 A strong sense of Deja Vu is flowing thick around the Digital-Lifestyles offices today as we hear that ‘Hollywood’ is to take legal action against Real Network for their DVD copying software, RealDVD.

Five years ago last month, the collected legal might of the Hollywood studios took a disliking to 321 Studios as they too had the temerity to create and sell software that allowed people to copy their DVDs.

Looking back in the DigLif archive, we see that they lasted just nearly one year from the start of the action before they closed.

Considered risk
Real wouldn’t have gone into this without realising that legal action would be taken against them.

To show how prepared they are, they preemptively filed a complaint in federal district court in San Jose yesterday against six Hollywood studios, asking for confirmation that they have a right to make and sell the RealDVD software.

CEO Rob Glaser is a wily old cookie, whose been around the clock more than once.

Setting out his stall, he said, “I believe great products should NOT be bullied out of the market by people trying to misuse the law to suppress legitimate innovation.”

Added protection
One of Real’s arguments is that, while allowing the DVDs to be copied, the actual make that copy more secure by adding a second layer of protection on top of the normal CSS copy protection, meaning that users can’t can’t e-mail ripped DVDs to friends.

All in all in should be interesting to watch the fight.