An unnamed woman in UK has been ordered to pay £16,000 after having been found guilty of sharing a game, Dream Pinball 3D, on P2P networks.

The initial default judgement was made against her was at the London County Court on 27 May.

Subsequently the Patents County Court in London handed down damages of £6,086.56 plus costs and disbursements of £10,000.

Recent UK actions
Davenport Lyons, a UK law firm, has been instructed by Topware Interactive, a video game company started in Germany, to pursue UK residents who have been sharing their games on P2P network.

We all know that law is a slow moving beast, but as far back as March, 2007 there was discussion on P2P sites about letters that had been received from Davenport Lyons, which had targeted 500 people at that point.

They reported the initial approach was to ask for £340 “to avoid being taken to court and claimed potential costs of “tens of thousands of pounds”.”

The reaction from those who received them to the initial letters was broadly to dismiss them as they were not individually addressed, using “Dear sir or madam” it its place. Suggesting that the information that they had in place was less than complete.

It looks like some of those people were incorrect, given the recent successful prosecution.

Bullying approach?
Some of the reactions, even from those in the legal game, wasn’t too flattering.

Potentially more on the way
We understand that Davenport Lyons currently has 3,000 names and IP addresses of those they feel have carried out piracy. They also have a further application to the courts to get another 7,000 IP addresses. 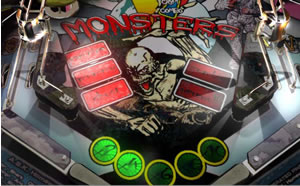 Germany 2005 Redux
There are reports of Zuxxez Entertainment, the company behind Topware Interactive, having pursued a similar process in Germany back in 2005.

The Germany law firm that they worked with filed over 20,000 charges with the law courts during June & July.

It’s of note that late last week, it emerged that German authorities were refusing to take legal action against those not involved in commercial-scale piracy. Leading to individual being able to share up to 2999 music tracks and 199 films.

IP data from Logistep AG
It’s understood that the company that provided the P2P details which was used for the allegations of sharing is a company called Logistep AG, head-quartered in Switzerland.