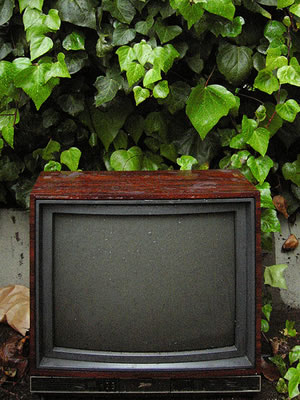 Just when you think that there’s hope for humanity, that mankind has escaped the slavery that is television, a survey turns up that tells you the complete opposite.

Despite PVRs having been available in the UK, specifically TiVo, since 2000, almost one in three (31%) of those surveyed saying they would choose to stay in or go home early if there was something on TV they wanted to watch.

The despair continues when you hear that 42% of them said that they organise their lives around TV schedules.

Salvation
There is some salvation in the figures. Over one in five DVR users (22%) reported more family time as they used their PVRs to record programmes and eat at the dinner table not in front of the TV.

We’re also told that PVRs have led to less inter-household strife with 30% claiming that they have fewer arguments in the home about what to watch.

Revolution
The survey results don’t reveal the content of the discussions that are now able to be carried out in the ‘spare’ time between session of vegetating in front of TV.

Being eternal optimists, we hope they include potential ways to debase the current money system; political theory and its practice application; and the rising of a civilisation that will regard the continuous watching of TV as laughable.