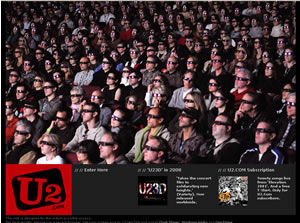 Paul McGuinness, the manager of U2, has been speaking at a conference, Music Matters conference in Asia, addressing what he thinks is wrong with the music business and who is to blame for its reduced ability to make money.

Broadly — to save you having to read the 12 pages of it — he thinks the ISPs are making loads of money, because people are getting broadband connections to download/share music.


While that may be the case in some situations, we feel that his view is a gross over generalisation. People don’t get broadband connections because they want free access to music, they do it because they want or need the Internet and using dialup for Net access is a total pain.

P2P is 80% of Internet traffic – Misleading
By way of proving his case, he uses the oft quoted, “Researchers estimated at the end of last year that up to 80% of ISP traffic is accounted for by peer-to-peer networks like BitTorrent and Limewire, and we know that the large majority of that traffic is unauthorised music and movies.”

This, at face value, sounds damning, but it’s purely because the video files are so large, that this 80% figure sounds so frightening.

What he wants from ISPs
There are broadly two things I would like to see from ISPs. One is a real commercial partnership with the music business in which they fairly share their revenues. The other is action to stop facilitating mass copyright theft themselves.

On the commercial deal side, he’s not didn’t like the idea that some have spoken about, a fee that the ISP charges each subscriber, giving them blanket access to music. Many have argued that this would give the music industry considerably increased incomes from where they are now, but they and Paul McGuinness are not fans of it — he describes it as “a state-imposed flat fee” — perhaps because, while expanding the current earnings, it would effectively cap the earning potential of the music business.

What he does like
What he does like is privately-negotiated revenue-sharing partnerships, such as the “Comes with Music” from Nokia – proposing that Nokia could have a possible competitor to Apple’s iPod on their hands with it.

His conclusion is that one way or another, ISPs and mobile operators are the business partners of the future for the recorded music business.

Have a read for yourself

One thought on “Paul McGuinness Of U2 Fame: Our Comments”