Mozilla has released its first Release candidate (RC1) for the third version of its hugely popular Firefox Web browser. 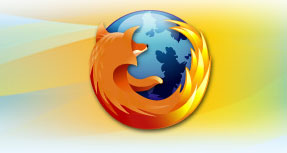 Mozilla’s current browser has proved to be bit of a beastly memory hog for some users (it’s currently gorging a ridiculous 350 meg on our XP system), but Schroepfer is claiming that Firefox 3 will use nearly five times less memory than IE7 (which uses less memory than Firefox 2).

You can download Firefox RC1 from here in Windows, Mac and Linux versions, but be aware that if you’re using a lot of extensions, they’ll most probably not work until the authors produce compatible versions.

One thought on “Firefox 3 Gets First Release Candidate”