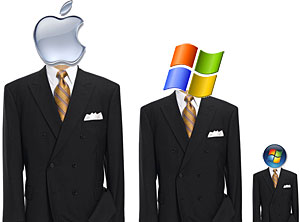 Swivel action corporate types are five times more likely to declare that they are “very satisfied” with their OS if they’re tip-tip-typing away on a Mac OSX machine rather than one running Microsoft’s Windows Vista, according to a report by ChangeWave Research.

In a study of 2,200 U.S. corporate computer users last month, just over half (53%) of respondents running Mac OS X 10.5 said that they were very satisfied with their operating system, while a miserly 8% of Windows Vista users felt the same kind of love.

However, those running Windows XP were a much happier bunch, with 40% announcing themselves to being very satisfied with the aging OS.

The survey also found that despite the apparent happiness with all things Mac, just 7% of those looking to buy laptops in the next 90 days would buy a Mac machine, the same figure as November last year. 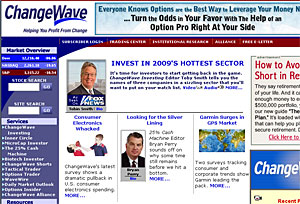 Apple remains a minor player, Vista sales slow
The overall picture reveals that laptop sales are set to slow in the next quarter, with Apple remaining a minor player in the market; according to ChangeWave’s figures more than half of the computers bought by companies next year will be running Windows XP, followed by to 20% for Windows Vista and just 8% with Mac OS X.