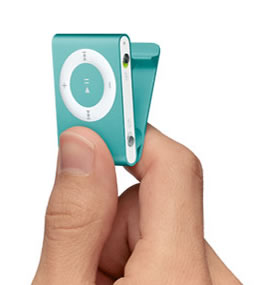 Apple have dropped the price of the iPod shuffle and introduced a 2GB model.

The 1GB player had dropped down to £32 in the UK ($49 in the US), making it “the most affordable iPod ever” according to Greg Joswiak, Apple’s vice president of Worldwide iPod Product Marketing.

Apple are ramping up the storage of their range, with the last models, the iPod touch and iPhone benefiting from this upgrade just over two weeks ago.