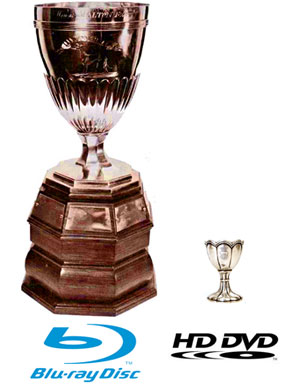 In the all-important Japanese market, the next-generation DVD Blu Ray format is not just kicking sand in the face of its rival HD-DVD platform – it’s taking it around the back of the bike sheds and giving a right pummeling.

Much like the famous VHS vs Betamax video cassette format wars of the late 1970s, both DVD formats are hitting the shops at the same time, although this time Sony’s Blu Ray is quickly emerging as the knockout winner.

According to a study by Japan’s Business Computer News, Blu-Ray accounted for a massive 90% of next-generation DVD recorder sales in the period from October to December last year, with punters increasing feeling the love for the new format, despite the increased cost over regular DVDs. 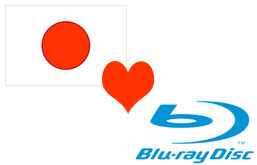 A major study of 2,300 electronic stores across the country found that the percentage of next-gen DVD recorders sales against conventional recorders rose from 6.1% in October to around 20% in November and December.

Although the Blu-Ray format is already widely used in Sony’s PlayStation 3 video game machine, the study only counted ‘living-room’ DVD recorders, with three Sony next-generation DVD recorders leading the field as the company notched up 60% of total sales in the sector.

Fellow Blu-Ray vendors Matsushita Electric (makers of Panasonic) came in second with 27% of sales, with Sharp Corp grabbing third place of the market at just under 10%.

Poor old Toshiba – HD-DVD’s numero fanboy, cheerleader and format whooper – could only muster a miserable 4% of the sales.