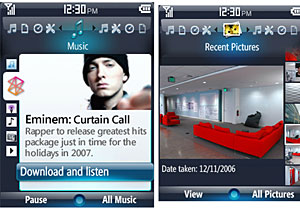 Microsoft is currently developing a revolutionary change to its Windows Mobile 7 mobile device operating system, with an interesting touch and motion interface, according to an insider blog.

A large amount of detail from a ‘confidential internal use only document’ has been leaked on the InsideMicrosoft Blog News Channel and shows that Microsoft have been busy pulling apart iPhones as well as adding some new ideas of their own. 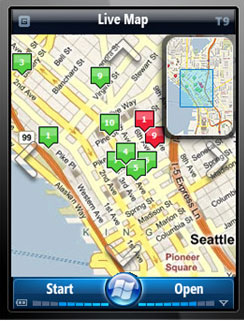 Tasked with updating the user-unfriendly Windows Mobile OS and adding a bit of iPhone sparkle. the new OS looks to be as touchy feely as a cuddly cat on a fur rug, with users able to flick through lists, pan, swipe sideways and draw on the screen with finger gestures.

Windows Mobile 7 will also include motion gestures for scrolling vertically and horizontally around the screen, accessing task and menu options, with other functions activated by press and hold/dragging. Hopefully, they won’t be as daft as Apple and leave out essential basics like cut and paste too.

According to the document, Microsoft has created a technology that uses the device’s camera to detect motion, offering motion control without the need for complex accelerometers and gyroscopes.

Waking up the phone looks fun – just give it a shake – while the new Media Player promises to be a much improved affair, capable of skipping tracks with a shake of the phone. 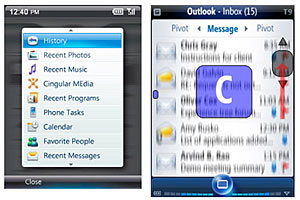 The swishier Mobile Internet Explorer also comes with full-screen ‘tabbed’ browsing, with the option to swap pages by shaking the phone.

Whether all this funky new technology makes it to the finished OS or not is anyone’s guess, but even if they only implement half of the listed functions, it’s got to be a vast improvement on the current Windows Mobile experience (which, frankly, is not a lot of fun).