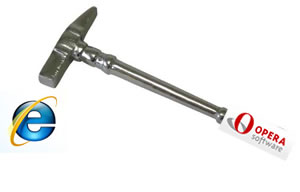 The approach is two pronged – abuse of Microsoft’s dominant position in tying its browser to the Windows operating system and, second, hindering interoperability by not following accepted Web standards.

The abuse of position is, for want of a better word, a ‘normal’, or expected approach, but the interoperability one is interesting.

It’s well known that people developing Web sites have a burden on them in having to develop different versions of Web sites to ensure that all Web browser display the sites as expected. If a browser doesn’t support accepted standards, this obviously make the whole process more difficult, time consuming and expensive. 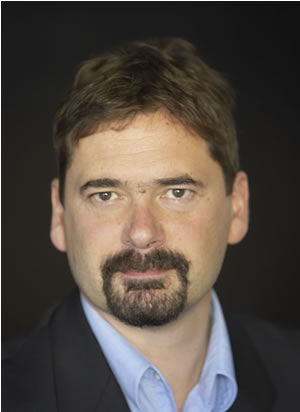 Ambitious action
This is an ambitious action by Opera, not one that we would have thought would normally be taken on without an indication from the EC that they might be in with a chance of success.

We spoke to Jon von Tetzchner, Opera’s CEO, putting that to him. “We don’t have any direct indication,” he told us, “but once we saw the EC ruling on the Media player, we believed we stood a good chance.” He continued, “We believe in the merits of our argument and are optimistic in the case being successful.”

Von Tetzchner raised the valid point that as Browsers go to more devices, “a unified Web is important.” Sound thinking on our book.

We asked how the compatibility of a Web browser can be proven, von Tetzchner offered that “a number of tests would be needed.” He suggested that the ACID 2 could be a starting point, but that “third parties could be brought in to provide impartial tests.”

ACID 2 is a challenge to meet, indeed von Tetzchner told us that it too quite some effort for them to ensure that Opera 3 got through the process, something that they took on some time ago – they’re now on release 9.

Taking the sword of truth in both hands, von Tetzchner, swung it, “We are filing this complaint on behalf of all consumers who are tired of having a monopolist make choices for them. We cannot rest until we’ve brought fair and equitable options to consumers worldwide.”

We, and we’re sure anyone who has ever tried to develop a Web page, fully support any action that make the process less frustrating.