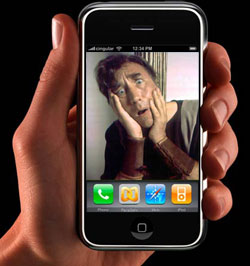 Despite the explosion of hype that surrounded the UK launch of Apple’s iPhones, the Great British Public have failed to match the gusset-moistening levels of excitement that followed the US launch, with moderate sales and punters distinctly cool about the price.

A recent report in the Register based on ‘reliable sources’ found that the UK’s sole carrier O2 had activated just 26,500 iPhones since its launch two weeks ago, a figure way short of the 100,000 units anticipated by some pundits.

Although the Register observes that the number of activations may not actually match the number of iPhones sold (some may have been sold as gifts or have not yet been activated), they calculated that, “the gross is unlikely to be significantly higher.”

A new survey by research firm GfK NOP won’t generate much iCheer at Apple UK either, with its findings saying that just two per cent of UK consumers had put the phone on their Christmas lists. 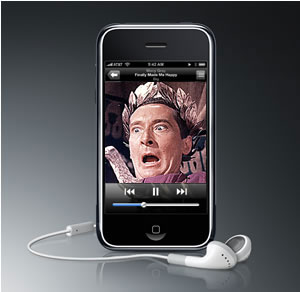 The hefty expense of owning an iPhone was seen as a major reason for the lack of wallet-opening amongst punters, despite a general enthusiasm for the way the thing looked and operated (indeed, our well-heeled reviewer was very positive about the phone in our in-depth review).

GfK NOP (try saying that with a mouthful of Weetabix) found that three-quarters of the 500 people surveyed knew about the iPhone, with over a quarter of that figure digging its looks.

Apple’s hype-balloon had also managed to successfully convey the iPhone’s star features to consumers, with more than three quarters associating it with music, and just under two thirds linking the device with internet use and email.

“Apple’s history proves that it has the magic touch when it comes to product development and marketing, but the iPhone has yet to capture the imagination of the UK public,” said Richard Jameson, top dog at GfK NOP Technology.

“IPhone hype is in full-force, but our data shows that it is very much a considered purchase, and that its high price is turning many consumers off. “We must take into account that the UK mobile market’s success has been down to subsidised handsets, so the iPhone’s price really stands out. Consumers are not used to paying in excess of £200 for a phone,” he continued.

Jameson added that, “Apple needs more than cutting-edge design to penetrate this market and will have to work much harder in the UK than it did in the US to make iPhone a mass-market proposition.”