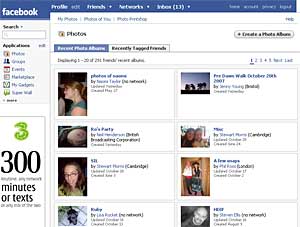 Social networking sites are set to scoop up 230 million active members by the end of the year and will keep reeling punters until at least 2009, but sniffy investors are still harbouring doubts about the long term growth of the market.

“The Future of Social Networking: understanding market strategic and technological developments,” a weightily entitled survey by Datamonitor, predicts continuing growth in the social networking phenomenon up until 2009, but then expects the market to plateau by 2012. 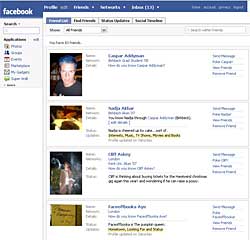 The Datamonitor bods observed that the growth in social networking sites like Facebook varied dramatically by region, with the analysts predicting that Asia Pacific will make up 35 per cent of global users by the end of this year, followed by EMEA (28 per cent), North America (25 per cent) and the Caribbean and Latin America (12 per cent).

The report likens the current media hype and industry hoo-hah about social networking to the heady, hectic days of the dot-com boom, but investors with painful memories of the subsequent ‘dot-bomb’ are still wary of whipping out the cheque books.

Ri Pierce-Grove Technology, Datamonitor analyst and author report, commented: “The extraordinary proliferation of online social networks is fuelled by real innovation and is substantially changing the way we communicate. However, the hothouse atmosphere of easy capital, media attention and user curiosity which stimulates creativity will not be sustained indefinitely.”