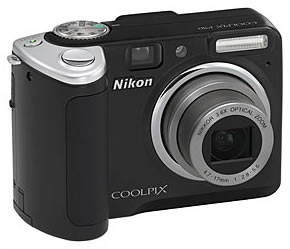 Following our piece on the Nikon Coolpix P5100, other Nikons that were announced at the same time include the Nikon Coolpix P50, an 8.1 megapixel compact digital camera offering some enthusiast- chuffing manual controls, a 3.6x 28-102mm equiv. lens, software-stabilization (rubbish compared to a proper optical job) and ISO 2000 capability, all for £199.99. 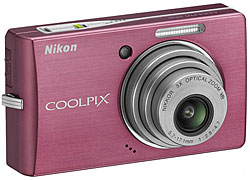 Next up is the Nikon Coolpix S510, which has got Nikon puffing out its chest and declaring it ‘the world’s smallest digital camera with optical image-stabilisation’, as well as the ‘most responsive’ amongst a rather small niche of 8MP optically-stabilized compacts. 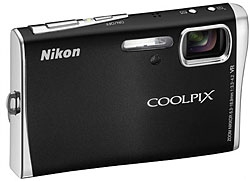 The two cameras share a 7.99 megapixel sensor and come with a VR-stabilized 38-114mm zoom and a generous 3.0″ anti-reflective screen. The COOLPIX S51 is ready and waiting to be pocketed by punters for £199.99 while the addition of Wi-Fi connectivity for wireless image transfer pushes the COOLPX S51c price tag to £229.99. Both should be available from Sept 2007.