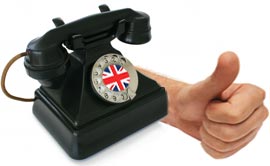 Phone services offering freebie calls over the Internet are still only being used by a niche following according to new research.

A study by Ofcom has discovered that Voice- Over-Internet- Protocol (VoIP) services – like those offered by Skype, BT and Tesco – have failed to fire the public imagination.

Ofcom found that only 17 per cent of broadband-connected adults said they’d used VoIP services at least once, with only 14 per cent of that total using it every day.

Although analysts and industry-bods have been busy predicting that web-based phone services are ready and waiting to kill off regular land-line services, the reality is that the technology is still firmly stuck in the ‘early-adopter’ phase.

Although UK adoption is increasing and something like 2.4 million households have now used a VoIP service (around 9 per cent of the total), penetration of VoIP services lags way behind some European countries like France and the Netherlands, where the figure is hovering around 27 per cent mark of households.

Kerry Ritz, the chief executive of Vonage, reckoned the British environment made it a pain for punters to easily switch to VoIP, insisting that Ofcom could boost uptake by approving ‘naked DSL.’

That may sound a premium call service for viewing naughty bits, but in fact it’s all about allowing customers to sign up for a broadband line without having to fork out for a traditional phone line as well.

Ian Watt, analyst at telecoms and media research group, Enders Analysis, partly blamed the hugely competitive nature of the British telecoms market, commenting that “It has been difficult for VoIP players to make headway in the UK because of existing competition.”

Moreover, some consumers have been less than impressed with reports of poor-quality calls, while others get the technology heebie-jeebies at the prospect of installing new software, plugging in headsets, talking into microphones and fiddling about on their PCs.