Nokia has signed a deal with Microsoft to put PlayReady on some of their handsets.

Nokia say that they “plan to support PlayReady across a range of S60 and Series 40 devices starting in 2008.”

By giving support to PlayReady, Nokia could give their customers the ability to purchase content on a mobile, but let them transfer that content to a computer, or other device, while retaining the DRM.

What’s PlayReady?
PlayReady is Microsoft’s play to have their DRM, not just for their media formats, running over many different platforms. Their DRM has previously only been available on Windows platforms.

In this instance it’s Microsoft’s DRM for mobile phones that extends the content control that is possible using Windows Media DRM on PCs across to the handset. Currently it’s backwards compatible with version 10 of their DRM, one step behind thier current release. 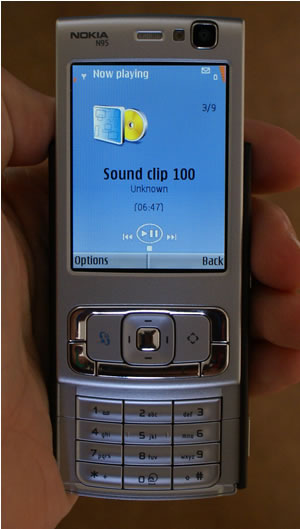 The Meta nature of PlayReady is made clear by the support it has in Silverlight, their cross computing platform media player.

PlayReady was announced at the mobile industries regular get together, 3GSM in February this year, complete with support from some major mobile operators including Telefónica, O2, Verizon Wireless, Bouygues Telecom, Cingular Wireless and AT&T.

An over-reaching content protection play
Pursuagng the Mobile industry to support PlayReady is a coo for Microsoft, not only enabling them to extend their DRM solutions across to the mobile, but strategically for them, has the big bonus of making content that is currently protected by their DRM 10 instantly available to mobile handsets, not just those running on a Windows platform as has been the case up until now.

Making DRM protected content available to all mobile platforms will be used by Microsoft as another reasons content owners should buy into their whole DRM protecting infrastructure.