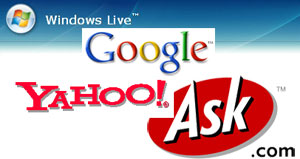 The most popular search engines rarely agree with each other when it comes to the top results for identical queries – and the differences are growing yearly.

In a study involving 19,332 queries typed (presumably not by hand) into Google, Yahoo, Windows Live and Ask, the same top result only popped up on all four search engines 3.6 percent of the time.

The results were so far apart that all four failed to even deliver the same top three results – even if the order was ignored – and less than 1 percent of the first page of results were shared by all four sites. 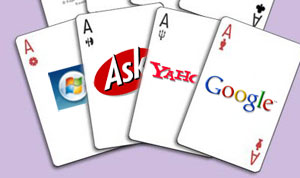 This disparity has increased over the past two years, when similar tests found that the top result matched all four engines on 7 percent of queries.

The research was conducted by metasearch boys Dogpile.com (in association with Queensland University of Technology and Pennsylvania State University), who commented that, “These differences contradict any notion that all search engines are the same and that searching one engine will yield the absolute best results of the Web.”

Similarly, around 80 percent of the first-page of results delivered through Yahoo and Live were unique to those engines, with ask scoring 75 percent.