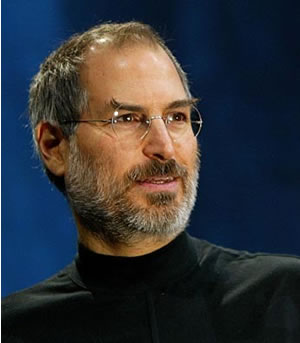 Watching The Keynote by The Steve at yesterday’s WWDC, Apple Developers Conference in San Francisco, it was notable that the normal level of insane adulation was absent.

Don’t get us wrong, we’re still huge Mac fans, but many times where it was clear that The Steve was expecting at least applause – on past experience, it’s more common for the audience to stand on their chairs whooping as if witnessing the second coming – the audience gave no reaction at all.

The Steve appeared slightly disturbed by this and started to try to work the audience, increasingly using the trick of turning to face the audience (while running demos) to give them a visual cue that they should be getting jubilant at that point.

Didn’t notice what we’re talking about? Here’s one example – when announcing that Leopard (the new operating system due in October) would be 64-bit from top to bottom AND would run on most of the machines that they ship, despite his hand gestures and cue points he was met with zero reaction. Seeing this, he pulled a grimace and hid his hand behind his back.

Does this mean that Apple and The Steve are losing their grip on their adoring, and often to the non Apple -fanatics world? Or is it just that Apple software developers are a more balanced bunch? Only the next Apple conference will tell.