We know Tech is hitting all media businesses, but how are they currently responding?

Howard Scott covered North One TV yesterday; today it’s Sony BMG; and the final piece tomorrow is Kempster, their work with European football and the conclusion.

Highlighting through italics are ours. 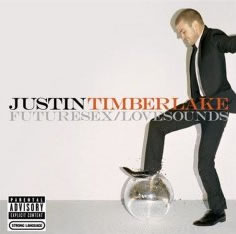 Duncan Bird, VP of Futures, Sony BMG
Duncan Bird is an ex-Leagas bod, just like me – so he’s got to be cool, right?

For Duncan, change in anything is good and is often the best way to learn. For Sony BMG, the music industry is in a state of constant change, and as an example, the Justin Timberlake album (got you copy yet? No? Strange!) sold in 71 different formats. That’s a big change from CD, Tape and Vinyl!

Blogging is a new venture for Sony BMG. The music industry is traditionally a secret society, insular in structure. This is a big challenge for them and has caused arguments not just internally about whether they should or shouldn’t blog, but also with the artists themselves.

To help with this transition, all senior management at Sony BMG have to have a blog so audience can see what is going on day to day. It’s beneficial to the artists and the company if the person who looks after Kasabian (great first album, not so great second one IMHO) blogs about what they’re doing with the band. Duncan says you need to be careful though – lots of blogging is self indulgent and this needs to be avoided, but Sony BMG they’re trying to use it as an alternative to channels they perhaps would otherwise have used, like TV.

They’ve also taken a note out of the UGC and Web 2.0 world by shifting the way they receive demos off potential new artists. Wannabees are now expected to upload their work to one of two demo blogs created by the company rather than send it in through the post on CD. So far they have over 1526 users in the community.

The speed with which the digital world, not just the music biz, is changing is quite phenomenal and impossible to map out. Anyone who says they have the future planned is trying to sell something or is insane.

Duncan sign off by saying that if anyone wants to sponsor the new Rod Stewart tour they should let him know. I’ve got a tenner!

Tomorrow, Kempster, their work with European football and the conclusion.

Howard Scott, Digital Manager at The Marketing Store, London, has been working in digital marketing for the past 11 years and is the founder of the blog Adventures in Digital Marketing where he talks about the state of digital marketing and the effect technology is having on the industry in general.

One thought on “TV, Music and Marketing: Their Current Response To Digital Media (pt 2)”