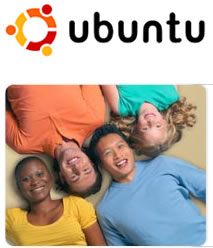 I’ve dabbled around with Linux in the past (including infamously self hosting GizBuzz on an old laptop, only to see it succumb to the Digg Effect when I wrote a post about how to set up your own web server). I am, however, a long way from being a Linux expert and have never considered installing and using it as a desktop operating system. Until now.

The reasons that people want to be able to use Linux instead of Windows are obvious; Ubuntu is free both in terms of beer and speech, which means that you can save money by not having to pay out for expensive software, benefit from the support of an active community which is behind the code and buy into an idealistic, anti-monopolistic movement which hopes to change the world.

Until fairly recently, however, Linux on the desktop has been the preserve of the people who programmed it in the first place; the mantra of ‘by geeks for geeks’ has often been used to describe it. However, this is now changing.

Linux matures: Now End user-able.
Ubuntu is the up-and-coming Linux breed (up-and-come?), or more correctly distribution (distro), which has made me, and many other people, start to take Linux seriously as a desktop OS which could ultimately replace Windows. It takes usability very seriously, making it possible to do an awful lot without resorting to the command line, it has worked very hard to ensure good compatibility even on laptops, and in recent releases has even cracked the perennial problem of WiFi on Linux. 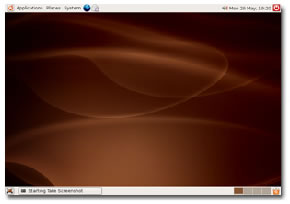 Whilst it might seem to go against the anti-monopolistic ideals of the Free Software Movement, it is incredibly useful that a front runner has emerged for Linux on the desktop. A recent deal with Dell means that computer purchasers will now have the option to have Ubuntu pre-installed on their computers rather than Windows- this would arguably not have been possible without Ubuntu’s position as clear market leader. Mark Shuttleworth, the founder of the project, also has tremendous charisma (he has been a space tourist), and is able to use his position to champion Linux and Open Source to a wide forum. Essentially, when a commercial entity wants to talk to desktop Linux, they are now presented with a credible and impressive organisation in the form of Ubuntu, rather than disparate, multiple groups with different agendas and a lack of hierarchy.

Ubuntu, and Linux, isn’t completed though. As a user I still have to resort to the command line far too much. That is, in part, to the concept of ‘root’ which dictates that I have to be logged in as a super-user in order to perform system administration. Whilst that might seem quite sensible from a security point of view, it does in many cases necessitate the command line in order to perform a task which certainly should have been possible through the GUI. My view on ‘root’ is not shared by anyone else that I know, which may be a sign that I am wrong, but in my distinctly novice eyes it needs to change.

Try Ubunto now
Having said that, there’s never been a better time to install Ubuntu. Previous attempts to dual-boot Linux with Windows (where both are installed on the same computer, and you choose which one to boot at startup) had ended in failure either because I chickened out of what can be risky alterations to my hard drive, didn’t understand the configuration tools or, more recently, couldn’t get my hard disk to defragment enough to repartition. 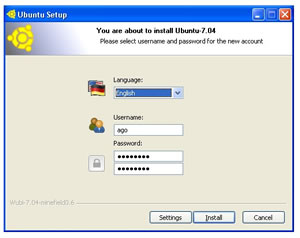 However, a new tool has come along which makes it incredibly easy to dual boot Ubuntu with Windows in a completely safe, yet effective, environment. Wubi is a Windows installer which allows you to install Ubuntu in a folder on your Windows partition rather than messing around with dangerous hard drive reconfiguration. It will also download the file for you, so there is no need to work out which file you need and burn it to CD. I am using wubi-installed Ubuntu at the moment and am particularly enjoying the wobbly windows provided by the latest release. You’ll see what I mean when you download it!

Linux and Ubuntu are really on the up, and are inevitably going to become more of an option as propriety desktop applications become less important as a result of the Web 2.0 phenomenon. If you have a spare moment, why not give it a go?

Huw Leslie is a co-founder of Oratos Media, publisher of FOSSwire, a blog covering the latest developments in Linux and Open Source and the best place to get tips and tricks to get you started in Ubuntu.