With all of these moves towards digital delivery in entertainment, we thought it would be worthwhile understanding one of the key items in this process – how to get the digital content to UK households.

Steve Kennedy is an acknowledged expert in the telecoms and data networks field, so it was an obvious choice for us to ask him to write an overview of how other IP operators can compete with BT – by creating their own data network. To do this, they need to put their own equipment into the telephone exchanges that connect to peoples houses. That process is Local Loop Unbundling (LLU).

Over three days we’ll give you a full background in LLU in the UK.

Yesterdays piece gave an overview of LLU and which companies are players in the UK.

LLU Penetration
All the large operators are going into around 1,000 DLEs (those being the most densely populated), since there are only around 1,200 of them, all the operators are targeting the same DLEs and there’s a lot of overlap. 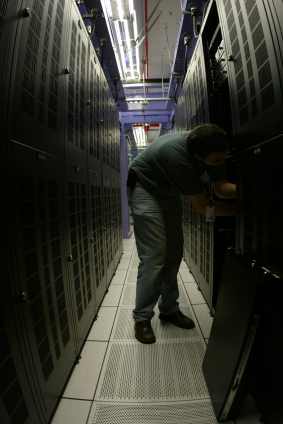 Since the operators all want to get into the same exchanges, there’s overcrowding and BT have to install new hostel space (the space where operators can put their own equipment into) which causes delays. It can take more than 6 months from when an operator puts an order in to being granted access to an exchange.

LLU (un)Economics
When LLU was announced it was prohibitively expensive, mainly due to Ofcom (or Oftel as it was then) allowing BT to set the pricing models.

Over time the economics have become fairer to operators, with BT being forced to set-up BT Openreach which looks after the physical infrastructure. If they hadn’t formed Openreach, it’s likely Ofcom would have pushed for a split of BT.

Ofcom then made BT not reduce wholesale pricing for their broadband services to give LLU operators a chance to gain a foothold. BT would have to maintain their pricing until April 2007 or 1.5m unbundled lines, whichever came first.

So out of the 1.7m unbundled lines, CPW have .7m which means there’s 1m split between the rest (mainly the big players, Wanadoo, C&W, Easynet Pipex and Tiscali).

As a rough model that’s 1.7m lines, spread over 1,000 DLEs which makes 1,700 lines unbundled per DLE. There’s 6 big players which means around 280 customers per operator per exchange. 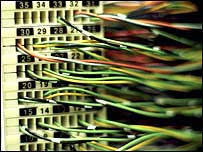 Unfortunately the economics of LLU only work if there’s a lot of customers per exchange i.e. massive scale.

Now that the milestone of 1.5m unbundled lines has been reached, BT Wholesale will be allowed to reduce their pricing (which they’ve said they want to do) which will make the economics even worse.

To get the scale, further consolidation will occur which means fewer LLU operators in the future (Pipex has already put itself up for sale with CPW rumoured to be the front-runner for buying them). They need to do this in order to get the customer penetration per exchange.

Images are courtesy of wb-internet and the BBC, respectively.