Guinness World Records TV have been in touch to let us know that they’ve just completed a deal with Joost. 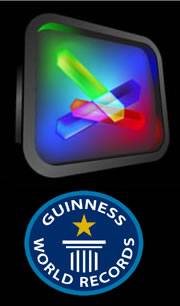 We weren’t expecting to be so Joost-tastic today, but when the news arrives, you’ve got to tell it.

They haven’t hung around either in getting the content out. Checking the latest incarnation of Joost, we see that the content is up there already.

Additional content will be added on a monthly basis, with Guinness World Record (GWR) making the point that they’ll be “controlling its programming line-up on the platform.”

They’ve got 400 hours of it, so there’s plenty more to come.

Both sides are in back-slapping mode with Rob Molloy, Director of Television at Guinness World Records keen to keep the door open to deliver their content to other platforms by saying “We are thrilled to be partnering with a company as exciting as Joost, once again this shows how easily Guinness World Records content can be adapted to fit into so many areas of new media and for such varied audiences.” 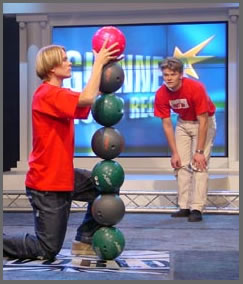 Yvette Alberdingkthijm, EVP of content strategy and acquisition Joost took the pun-ing route of “We are delighted to have Guinness World Records on board and look forward to offering our viewers record breaking content.”

It’s interesting to realise that GWR TV is part of the HIT Entertainment who own the hugely popular children’s content Bob the Builder, Barney and Thomas the Tank Engine.

We wonder if this GWR deal is a tester for HIT, opening the doors for a much bigger deal to be coming out.