All of you budding code-aholics take note, Google is hosting ten Google Developer Days in their various offices around the world on 31 May.

They’re going to have workshops, keynotes and breakout discussions on Google’s APIs and developer tools.

Google have been running a few of these already with much smaller capacity. A few have happened in Silicon Valley and a couple in London that we’re aware of, but this is on a much bigger scale. 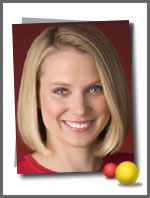 The program is being headed up by code-fan pin-up girl Marissa Mayer, who’s Google’s Vice President of Search Products and User Experience. She was one of the first 20 people to join Google (just imagine her stock options!) and the first female engineer hired by them.

They’re rolling out some of their top talent to get the code-kids hot under the collar. Get ready for this …

What does Google get out of this?
Google’s going to be lashing all of their cash, time and resources on this, so what’s driving them? 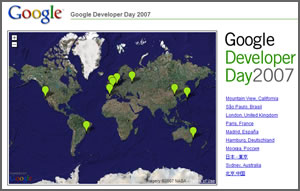 Well, people become more familiar with how to write programs to use their applications via the published API’s, which means the potential for extra advertising income for Google.

That’s all well a good but more importantly, Google get to spot the hottest programming talent around the world and can in turn try to persuade that talent to join the Google gang. Meaning Google ends up with the best programmers, not their competition.

Those who can’t make it don’t need to be left out, Google will offer live streaming webcasts from its Mountain View office and provide a YouTube™ channel with videos of Google Developer Day sessions around the world.